Writing Experiences of an Ex-Pat: The Hitchcock Touch 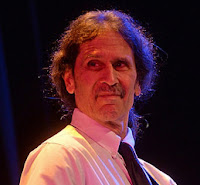 The Hitchcock Touch, the visual techniques that are the signature of the great film director, has eluded for decades most thriller writers attempting to walk in the master’s footsteps. One of those who comes closest to explaining Alfred Hitchcock’s brilliance is Professor Sidney Gottlieb, Ph.D. He teaches film and literature at Sacred Heart University in Connecticut and is the editor of two scholarly journals, the Hitchcock Annual and the George Herbert Journal. An essayist, he has edited many

books on the British (later a naturalized American) master of suspense including two volumes titled Hitchcock on Hitchcock, Framing Hitchcock, and, most recently, Haunted by Vertigo: Hitchcock’s Masterpiece Then and Now, co-edited with Donal Martin. Of particular interest is Gottlieb’s essay on French film director and writer Francois Truffaut, whose heavy tome on Hitchcock is rich with interviews and regarded as a definitive work.

What drew you to Alfred Hitchcock?

I was exposed to his films in college, watching The 39 Steps, The Lady Vanishes, and North by Northwest. I appreciated them primarily as wonderfully entertaining, but I also recognized that they were extremely well-made and had deeper meaning and significance. I never studied film formally. My concentration was literature and I think I naturally carried over my critical approach to literature to films that I watched. As I had opportunities to teach film in various courses I gravitated toward Hitchcock and started studying his work seriously. Part of what attracted me to his films was reading again and again his conversations with Truffaut about film in general and his films in particular. I marvel how intricately and imaginatively they are made, how insightful and provocative they are about things that matter, and how witty and engaging they are.

Do his adaptations of books such as Daphne du Maurier’s Rebecca reflect his style, or did he need to compromise?

Many, probably most, of his films are adaptations from literary sources and they often provide not only the starting point, but they often provide themes and structure. But he always insisted that he had no interest inslavishly following his sources and in fact barely kept them in mind as he made his films. Rebecca is a case where he was more or less forced to stay closer to the original text than usual, at the insistence of the producer, David Selznick. But Hitchcock certainly added his touches to key plot points in the original and well-known and bestselling novel and visualized the action and characters in a very distinctive way.

How about characters. Did he have a favourite?
He never named one, but it is clear, I think, that he had particular interest in a certain kind of character. Hitchcock frequently talked about how fascinated he was by what is now called ‘the Hitchcock blonde, a woman of subtle emotion and passion rather than one who was a kind of caricatured bombshell, and who was often victimized by a man. And since they are present in so many of his films we can safely assume he was also fascinated by resourceful and energetic young women, often paired with men on the run and very capable of helping them.

Regarding male characters, I think the fact that he featured Cary Grant and James Stewart so frequently indicates how fascinating he found them, on the one hand the suave and confident man, and on the other, the victimized man under extreme pressure. Hitchcock also had another kind of favorite character:  he said in various interviews that “the better the villain, the better the film,” and many of his films bear that out and perhaps confirm that we, too, share his fascination for characters who are amoral and immoral but dramatic and attractive.

What do you believe was the origin of Hitchcock’s artistry?
He worked hard at his art throughout his life. He had a long apprenticeship in the film industry, doing lots of things before he became a director. Throughout his career he worked literally day and night on his films so, as the saying goes, we need to acknowledge his perspiration as well as his inspiration. And while I won’t discount his personal genius, many talents, focus, etc., he also had a lot of help in making his films.

Did his movies improve as time went on or stay at the same level?
There is both a continuity and development in his career. Some of his early works are remarkably mature and fully realized. For example, Blackmail, his first movie with sound, one of the first sound films made in England, is a remarkable work:  innovative, complex, intricately structured, dramatic, and provocative. Not surprisingly, some of his films are less accomplished than others, and there are ups and down in his level of achievement.

But we need to be careful not to measure these ups and downs by the popularity or initial responses to his films. Vertigo, now regarded as perhaps his masterpiece and one of the all-time masterpieces in the history of cinema was not initially a commercial or critical success. One sign of Hitchcock’s consistency, in the very least, is that there is something of real interest in all his films, from beginning to end.

Can you tell us more about the surprise-and-suspense element that Hitchcock is noted for? As in many mysteries published today, did he delight in clever twists at the end?

Hitchcock took great pride in making a distinction between surprise and suspense and suggested that suspense is much more complex. It has a deeper effect and lends itself to greater artistry than simple surprise, which is relatively easy to set up. Surprise arises when we are shocked by something we are unprepared for, the unexpected. The effect can be powerful but it is usually momentary. He emphasizes the superiority of suspense, which comes, paradoxically, from alerting the audience of what is to come.

If a bomb goes off suddenly, we have a quick moment of shock. But if we see a person place a bomb in a room set to go off in 15 minutes, and then see a bunch of people come into the room and stand around calmly, unaware of the threat, we experience a prolonged period of tense excitement and worry. We wonder if they will find the bomb and escape. This heightens our sympathy for the characters who are in danger but don’t realize it.  But for all of Hitchcock’s praised suspense that he used in his films; he also knew how to use surprise effectively. Psycho is the best example of that in the shower scene and the revelation of the mother in the basement. Yes, Hitchcock often used twist endings which are one of the common elements in the television series, Alfred Hitchcock Presents, and even though he directed only a few of these shows himself the notion of the twist ending became associated with his name. His works are perennially fascinating because he was the master of suspense, the master of surprise, and the master of so much else. 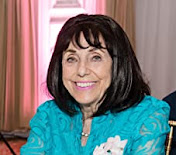 hails from Cornwall, U.K, like the character in her crime series, Jill was a reporter in Spain,  Colombia, Thailand, and the U.S. She is a true crime author, ghosted a thriller, writes a column for Mystery People ezine, and freelances for My Cornwall magazine.  She lives Westport, CT, 50 miles east of New York City and just a hop across the pond.