‘The Titanic Document’ by Alan Veale 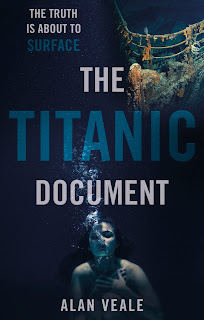 Did the Titanic sink as the result of an unfortunate, accidental collision with an iceberg or, as Emma Dearing would have people believe, was the British government ultimately responsible for her sinking and the consequent loss of fifteen hundred lives? That is the question posed by Alan Veale in a story where it is often nigh on impossible to determine what is fact and what is fiction.

Emma Dearing is (I think) the great-great-granddaughter of Micky Palmer who we are told took notes at meetings in 1911 between the main parties involved in the building and financing of the Titanic. These notes, of which there is only one copy, are known as the Titanic Document and have been handed down through Emma’s family until 2016. They seem to suggest that with Churchill’s support, Lord Pirrie, the Chairman of Harland and Wolff – the shipbuilders and major employer in Belfast at that time – and the ship’s financier, J P Morgan, would go to extraordinary lengths, and I mean extraordinary, to gain publicity for their new ship over their rivals from the Cunard Line.

If we jump forward to 1985, the political situation is still unsettled in Northern Ireland. Patrick Faulkner, Emma’s father, is perceived as a threat by the British Government when he threatens to publish the Titanic Document in an attempt to discredit Churchill, embarrass the current government and doubtless stir up more unrest in the North of Ireland.  Prime Minister Thatcher asks her secretary of State for Northern Ireland, Peter Gris, to “deal with Faulkner,” who is duly assassinated by the British army masquerading as the IRA. Gris sexually assaults Emma’s eleven-year-old brother, Brendan who drowns himself in pain and shame.

Forward to 2016. Emma blames Peter Gris for the deaths of her father and brother and is desperate to unmask Gris for his duplicity in government and his ongoing sexual perversions. Under the pretext of getting them to help her write a book about the Titanic, Emma enlists the help of two old boat enthusiasts, librarian Billie and his friend Ed. Thence forth Billie, Ed and Emma along with their friends and acquaintances are in grave danger as Gris and his associates endeavour to hide their sexual deviancies and try to get their hands on The Titanic Document by killing most of the people who get in their way.

This is a complicated tale that mixes political intrigue with human frailties and of course the continuing struggle of the Irish to unite their country and free it from British rule. People are not always who you think they are, or may not even be alive! However, if you are prepared to concentrate, can cope with the myriad of twists and turns and are fascinated by the fate of the Titanic as many are, then you should enjoy this highly speculative tale.  You may even find yourself driven to look up some of the history of what really went on.
--------
Reviewer Angela Crowther 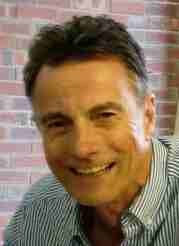 Alan Veale was born in 1952 in Manchester. Encouraged by his sister, who was a great reader and his parents’ interest in radio, Alan found an interest in writing and wrote short pieces that made his friends laugh, even to the extent of speaking them out loud. His subsequent interest in the theatre led him to take a more serious interest in character development and plot construction.  For many years he concentrated almost entirely on theatre scripts – some specifically for performance, others for writing competitions. It was not until 2010, a year after enforced early retirement from the civil service, that he considered taking on the challenge: to write a novel. The eventual result was The Murder Tree, first published in October 2013. Just over four years later he released a more personal story onto the public A Kangaroo In My Sideboard. This is about my parents and their experience of emigrating in 1949. Written in my mother’s words and based on original letters she wrote during her adventure; it is a heart-warming tale of ambition versus adversity in a pre-internet world.       www.alanveale.com

Angela Crowther is a retired scientist.  She has published many scientific papers but, as yet, no crime fiction.  In her spare time Angela belongs to a Handbell Ringing group, goes country dancing and enjoys listening to music, particularly the operas of Verdi and Wagner.
Posted by Lizzie at 11:57