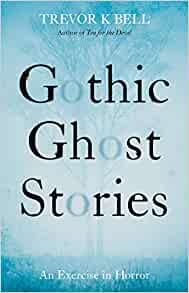 Gothic Ghost Stories is a collection of nine tales that explore murderous, mysterious and macabre happenings.

The compilation opens with, The Haunted Train Set, set in 1972 and involving two protagonists, Mr Silverdale, and Mr Glimmer. Silverdale is a model train enthusiast whilst Glimmer has been researching the magical potential of an ancient Egyptian talisman kept in the British Museum.  The men do not know each other, but as their stories unfold an unusual connection is revealed with fatal results.

Inside the House of the Dead describes a 1913 trip to medieval Weimar by Mr Tulip, a teacher and lover of German romanticism. On his first night at The Thuringia Inn, he notices a tickling sensation in his nose.  This unpleasant perception merely hints at the gruesome history that lurks within the hostel.

The third story A Disappearance is revealed through a series of letters written between 2nd and 7th July 1838. When a circuit judge disappears under mysterious circumstances, his nephew drops everything so that he can search for his missing relative. A dream prompts him to visit a local fair where he hopes to discover what has happened to his beloved uncle.

A School Story comes next in the collection. Miss St Clair has just taken up her first teaching post at a Victorian primary school in Lincolnshire. When she calls out the names of her new charges, however, she realises that she is reading from the previous year’s register which has been left open on her desk.  She finds this odd, but even more concerning is a large raven who appears outside her classroom window and begins tapping incessantly on the glass as she attempts to teach her lesson.

Nineteenth century Gloucestershire provides the backdrop for Blood of the Lamb. This is the unsettling narrative of Lord Asconby’s physician, Dr Hinchcliffe. Ascondby requires a blood transfusion, a procedure still in its infancy, and the medical man concocts an unscrupulous plan to find a donor. What could possibly go wrong?

Next comes a story entitled, The Wine Cellar.  An unusual tale of kindness that turns sour, it begins when Sir Charles Pomeroy, lord of Chittington Manor and father to Eleanor, receives an unexpected visitor. The caller, Harold, claims to be a long lost relative.  Sir Charles initially takes pity on him and even considers endowing some of his property to the claimant. When Harold woos Eleanor, however, the knight begins to find a way to rid himself of the declared kinsman.

It is March 2005 and the first-person narrator of French Dolls has just arrived in Krakow to view the two 1930s figures referred to in the title.  The collector purchases the dolls which he finds out had belonged to two girls who had suffered in the atrocities of Auschwitz. The writer spends a very uncomfortable evening after he has made his purchase.

The penultimate story is Otto. It takes place during the period between the two world wars. Corporal Davison travels to Flanders to revisit the battlefield on which he fought during the 1914-18 conflict.  Sadly, the soldier failed to consider that, “…there are risks to retracing one’s footsteps.”

The eerie compilation ends with another Victorian story, this time about a monk, Mad Allen. The hermit lives on land belonging to Sir Humphrey Digbarton where he forms a close friendship with the nobleman’s daughter harlotte.  After Allen’s death, however, an employee dismissed by Sir Humphrey, seeks to plunder the monk’s grave, unleashing a series of tragic events.

Gothic Ghost Stories is a slim volume of tantalising short stories that make a perfect companion on a cold winter’s night. Crimes with a ghoulish twist – wonderful!
------
Reviewer: Dot Marshall-Gent

Trevor K Bell is a consulting psychologist with an interest in psychopathy and serial killers. He writes Gothic ghost and horror stories and enjoys reading whodunnits and thrillers. He lives in Cheshire with his wife. 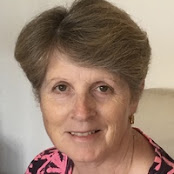