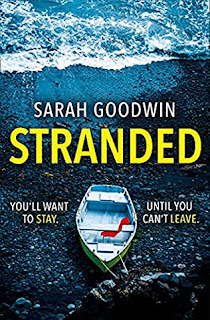 Eight strangers are thrown together in a reality TV show, spending a year on a remote Scottish island where the premise is that they are the last people left on earth and have to work together to survive. If you’ve ever watched The Island with Bear Grilles this lengthens the process and does it in a colder, harsher environment.

The book starts at the end with a woman turning up in a small fishing village. She is dishevelled and thin and carries a gun and is desperate to tell her story of what happened on the island.

Narrated first person, the reader follows Maddy’s story. Home-schooled and protected from the world by domineering parents, Maddy is ill equipped for life in a close community, particularly one consisting primarily of misfits. Maddy is an awkward, socially inept, introvert who struggles to fit in and has gone to the island because she is trying to escape life. As food becomes scarce and everyone become tired, fractures open up and fear needs an outlet. Soon Maddy is the scapegoat, fearing for her life, not just from starvation but from the group itself, as mob mentality takes hold.

The story is interspersed with chapters of the interview Maddy gives to the production team afterwards and this is a great device for foreshadowing and helps ramp up the tension. The book is dark, interesting and engaging throughout with characters that are quite honestly not very pleasant.

A great psychological thriller that will stay with me and which I will happily read again.
-----
Reviewer: Christine Hammercott

Sarah Goodwin is a novelist who grew up in rural Hertfordshire. She was raised on ‘The Good Life’ ‘Anne of Green Gables’ and ‘Little House on the Prairie’ by her parents, who turned a blind eye to her dabbling in herbal medicine, feminism, eco-warrior ideals and witchcraft. They were understandably unsurprised when she developed the lifetime ambition of building a hut in the woods and living there like a soothsayer. Her second preferred career was author. At Bath Spa University Sarah studied for a BA in Creative Writing and self-published many novels across various genres, including YA magical realism, contemporary women’s fiction, romance and horror. Sarah graduated in 2014 with an MA in Creative Writing from Bath Spa University. After writing several historical novels, she decided to return to her roots and write instead about the wild, the darkness and survival, which led to her coming up with the idea for Stranded which would become her first professionally published novel. 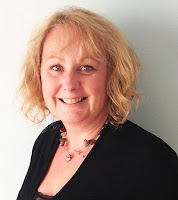