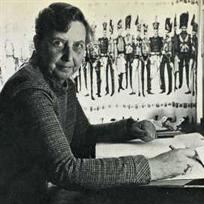 In some ways I believe that there is a claim to be made for these books to be the most astonishing debuts in British mystery fiction. Biographical details on Porter are scanty. She was born in Cheshire in 1924, served in the WRAF (Women’s Royal Air Force) in WW2, and made her publishing debut with Dover One in 1964. Porter died in 1990 by which time she had written 10 Dover books and a collection of short stories published posthumously, 4 Eddie Brown books and 5 Constance Burke books. Nearly all of these are scandalously hard to obtain and much in need of a reprint. I have read most of the Dover books and tried one of the Constance Burkes - the latter was a big disappointment (although this may have been a matter of over-high expectation). The later Dover books also represent a falling-ff, but it is a falling off from masterpieces and there is always much to savour.

What is it that makes the Dover books so original? First and foremost there is Dover himself. Here is Joyce’s first ever description on page 15 of Dover One….

Detective Chief Inspector Dover was a big man. His six-foot-two frame was draped, none too elegantly, in seventeen and a quarter stone of flabby flesh, an excessive proportion of which had settled round his middle. Well-cut clothing can, of course, do wonders to conceal such defects as the spread of middle age, but Dover bought his suits ready-made, and the one he was wearing had been purchased a long time ago. It was made of shiny blue serge. Round his thick, policeman’s neck he wore a blue-striped collar which was almost submerged in folds of fat, and a thin, cheap tie was knotted under the lowest of his double chins. He wore a long, dark blue overcoat and stout black boots.  Over the whole of this unprepossessing ensemble there was, naturally enough, Dover’s face. It was large and flabby like the rest of him. Only the details – nose, mouth and eyes – seemed out of scale. They were so tiny as to be almost lost in the wide expanse of flesh. Dover had two small, mean, button-like eyes, a snub little nose and a sulky rosebud of a mouth. He looked like one of those pastry men that children make on baking days out of odd scraps, with currants for eyes – an uncooked pastry man of course. His hair was thin and black and he had a small black moustache of the type that the late Adolf Hitler did so much to depopularise.

Now this is comic writing of the very first order in any company, let alone mystery writers. It is quite beautifully written with nearly every sentence containing at least one delightful phrase. Porter is a very considerable stylist. But it is also very funny and above all extremely memorable; once one has met Dover he stays as real on the page as no doubt he would in real life, should one ever have the misfortune to encounter such a character. Personally this for me is the great introduction to a mystery character. Dover’s character matches his physical appearance. He is one of the laziest men on earth, mean, thuggish, uncouth, misanthropic, utterly selfish, greedy, loutish, prejudiced and self-pitying. His greed meanness and laziness (he spends a large proportion of every book asleep) are the main sources of comedy.

However what is there that prevents this just being a portrait of a comic monster? This brings me to the second original aspect of the Dover books, at least those I am discussing here: every other character is, in their own way, a monster. Naturally their particular vices and distortions are not the same as Dover’s but, as classically represented in Dover 1, we are presented with a collection of oddballs ranging from the merely strange to the deeply unpleasant. Dover’s world, and the cases with which he is presented, mirror the man himself. At the heart of Dover 1 is an exceedingly nasty old Colonel who pays for the attentions of what can only be called a live-in prostitute (it is the disappearance of this young woman who herself weighs in at 16 stone, and is therefore an unlikely subject for a disappearance in Dover’s view, which forms the basis of the mystery). In Dover 1 Porter creates not only a grotesque character but a grotesque world. This, of course, has the effect of, to some extent, normalising Dover himself. In Dover’s world it takes a Dover to police it. It is very important to stress that this comic grotesquery is unrelieved – we are not to condemn but to revel and enjoy. Dover is not satire it is high and gross comedy.

I stress this point because I was astonished to read a claim made in the Introduction to the Rue Morgue reprint of Joanna Cannan’s They Rang up The Police which stated of Cannan’s creation Inspector Ronald Price that…
‘Awful’ is a good description of Price, who foreshadows the equally loathsome sleuths Jack Rosher and Inspector Dover, respectively created many years later by Jack S. Scott and Joyce Porter. I do not know the Rosher books but have found a description by William F. Deeck at http://mysteryfile.com/blog/?p=1254 : Deeck writes…
Rosher can be compared with [Joyce Porter's] Chief Inspector Wilfrid Dover in some ways, only Dover is a caricature, a grotesque, and funny. Rosher is unfunny and very close to real.

This is interesting because it reflects part of what I wish to say when objecting to any comparison between Price and Dover. It certainly sounds as though Price might have more in common with Rosher. The first Rosher book was published in 1976 so it is substantially later than the Dover books.
However this is not the only difference between Price and Dover, or more importantly Porter’s and Cannan’s books; it is worth pursuing this difference because it can tell us much about both. Price is a vehicle for Cannan’s political views on the world of post-ww2 England; into him she pours her hatred of modernity as represented by the welfare state, mass culture, mass production, worker’s rights, labour-saving devices and a whole mass of bizarre right-wing prejudices. certainly makes the Price books of interest and Cannan also satirises other targets, albeit with less viciousness, including the stupidity of the English Establishment. It is this which can disguise her, certainly individual, political biases. In Murder Included (aka Poisonous Relations and The Taste of Murder) Cannan’s distaste for England is taken to the extent that her heroine can only find peace and happiness by retreating to the South of France, which is presented as an idyllic haven where individuality is allowed free rein (the supposed suppression of individuality, whether by the politics of the Labour Government or the emotional and intellectual constipation of the English upper class, being what Cannan detests most). I have sidetracked into a more lengthy discussion of than I intended, but I hope that it is clear that her creation of Wilfird Price is intended to allow her to pour her hate and prejudice and political views into this character (this is a tactic which can massively backfire: counter-intuitively, and being of a very different political persuasion to Cannan, I actually rather like Price). ’s character is set against other characters including – in Murder Included – a heroine possessing what the author would see as virtues. In Porter, as I hope I have made clear, there are no heroes or heroines; there are only other characters of varying degrees of unpleasantness and comic potential. It is, for instance, very clear that Dover’s long-suffering sidekick Sergeant MacGregor is an oleaginous ladder-climber. Dover is just the most grotesque in a world of grotesques. Porter has no political or sociological ends in mind – her aim is always for the comic.

It is not therefore merely Dover who is a complete original (and not only has he no predecessors I cannot really think of any antecedents – though I sometimes wonder if just a smidgen of his personality is worked into Andy Dalziel) but the books as a whole, because Porter’s world is a fully realised one, created for Dover to roam in. When we talk of comic mysteries, Porter’s represent this sub-genre in its purest form.

Having said that a mystery remains a mystery and it needs a plot. The weakness of Dover 1, glorious though it is, is that the plot, while pleasingly disgusting, is hardly, when shorn of its ornate comic trappings, a stunner. What Porter managed to do in Dover 2 was provide a very much above average plot to go with the comedy. And she develops things by having Dover manage to come to at least part of the solution in rather a clever way – this of course is almost accidental and mainly stems from his desire to get back to London. It should be said that the form both books take is that Dover is dispatched by his superiors at Scotland Yard, delighted to get rid of him, to some benighted town to solve some seemingly insignificant case. Dover’s ‘solutions’ are usually arrived at far more by luck than judgement, so it is pleasing when he produces some evidence of thought.

Taken together these books are just an astonishing achievement. Quite out of the blue an unknown writer managed to produce two books which invented not only a sublime comic character but the whole genre of comic mystery writing in Britain as far as I am aware. There were certainly writers for whom comedy, usually in the form of elegant wit played a major part (and there are really embarrassing and awful attempts at comedy like those of John Dickson Carr); but a whole world of grotesque comedy? All I can say is that I have never come across a writer like this who predates Porter.

If you have never read Dover One and Dover Two you should do so at the earliest opportunity : comic taste is highly individual so you may hate them, but if you like them then you will have found a friend for life.