‘Death of a Diva at Honeychurch Hall’ by Hannah Dennison 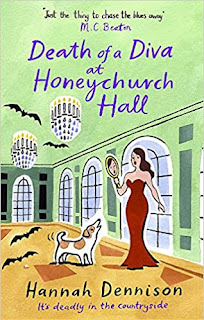 It was with delight that I received a copy Death of a Diva at Honeychurch Hall. A chance to dip into Little Dipperton, in Devon is always fun.  Although, the opening chapter finds Iris, secret novelist Krystalle Storm and mother of Kat Stanford ex-presenter of the antiques TV show Fakes and Treasures, rather out of sorts. It transpires that Iris has learned, amazingly from pursuing the Agony column in local paper Dipperton Deal, that her gentleman friend Dr Reynard Smeaton – he of the wonderful hands (don’t ask), is turning his attention to another.  In fact, to an old flame who is returning to the village. Cad!

The returning flame is the famous Lucia Lombardi, one of the greatest sopranos of all time.  Following a fire at the Theatre in Dartmouth where she was scheduled to appear, the Dowager Countess Lady Edith Honeychurch has at the bequest of her old friend Countess Olga Golodkin agreed to stage the production of The Merry Widow in the Honeychurch Hall’s dilapidated grand ballroom.

Kat’s meeting with Eric Pugsley, owner of The End-of-Life Scrapyard, well not so much a meeting more that his red Massey Ferguson tractor is blocking the road, elicits the information that Lucia Lombardi, or Julie Jones, as she was when she lived in village is ‘a bad sort’.  Mention of her dad poaching, and then there was that fire…?

With unsavoury Douglas Jones trying to sell her rubbish, a friend seeking an alibi and the arrival of the somewhat unpleasant Lucia Lombardi, and her mother’s broken heart, Kat has her hands full.  Then a murder brings Detective Inspector Shawn Cropper back into her life.  Is this a good or bad thing? Their relationship is tenuous to say the least.

The characters are marvellous, and the story romps along bringing more complications for Kat, not least from the unlikely source of Douglas Jones.  There is romance and plenty of humour, maybe not so funny for Lucia’s chauffeur Paolo who vanishes under a car airbag for the second time in four hours.

With many surprises along the way this is intriguing mystery and most highly recommended.
-------
Reviewer: Lizzie Sirett 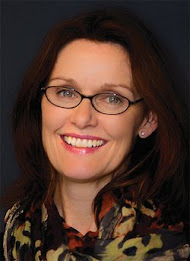