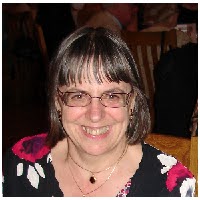 Is it just nostalgia?
I first read many of these books as a teenager so rereading them takes me back to my youth. They were influential - as all reading was in that period - and as detective stories they fitted the pattern that I would continue up to the present day. So I picked up an E. C. R. Lorac again with some trepidation, after all some youthful books when returned to seem boring or banal or outdated.

E. C. R. Lorac was a female (Edith Caroline Rivett) which the nom de plume may have intended to obscure though she also wrote similar stories under the name Carol Carnac from 1936. She began her writing career in 1932 and the last books were published in 1959 just after her death. There were more than 70 books, 23 as Carnac and 48 as Lorac. I do not think that a list of the books would be of value here especially since such lists are easily found on the Internet

The Lorac books feature Inspector MacDonald, a ‘London’ Scot who was in the London Scottish in WW1 and is unmarried - he is looked after by his old batman; his assistant, Reeves, is a lively married Londoner - both men are very able detectives. The Carnac books usually have Inspector Rivers assisted by Inspector Lancing who are a rather similar duo to the Lorac ones; a few books without Rivers are not so good.

The value of these books as historical records is high. There are a number of country house settings but these are accurately shown as millstones around their owners’ necks and the source of internecine quarrels. For a long time the WW2 era was not used by historical crime writers so the contemporary books were the best source. Naturally a contemporary writer makes no deliberate effort to set the scene historically but Lorac does give the flavour of those days of ration books and air raids and the frugality imposed by the war. London is really well shown in books like The Striped Suitcase ( Carnac)and Checkmate to Murder; and there is also small line in the use of London houses converted into flats with their varied inhabitants such as in Slippery Staircase and Dangerous Domicile. In fact her characterisation, as is frequently the case for these Golden Age writers, is rather limited but her puzzles are clever with the clues well planted. The other area in which she excels is in featuring the fells of Lancashire and Yorkshire which was an unusual setting when she began to use it and remains an unusual choice. She gives lyrical descriptions of that countryside and a harsh farming way of life now superseded in Fell Murder, The Theft of the Iron Dogs, and Crook o’ Lune. Dishonour among Thieves is a favourite of mine in its use of WW2 experience in an unusual way and Relative to Poison uses the era just after the war ends very well too.

Most of these books by Lorac and Carnac do stand up to later reading pretty well especially if you see them as typical of their era. For American readers a number of the books are available second hand in the USA too.