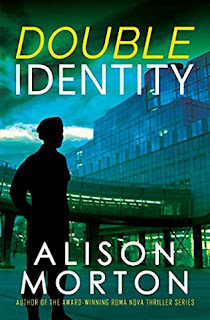 Mélisende des Pittones thought that her life was wonderful and her future even better when she became engaged to Gérard Rohlbert, a friend for many years and her lover for four months. Mel’s happiness turns into a nightmare one morning when she wakes up next to Gérard, in the London hotel room they were sharing, and discovers that he is dead. Feeling strangely thick-headed and unable to function, Mel’s life spirals even further out of control when the police discover suspicious marks on Gérard’s body and suspect foul play. Sergeant McCraken, the officer in charge of the investigation, is inconsiderate and boorish, apparently resentful of Mel’s privileged background; he makes it clear that Mel is his prime suspect and she fears that she is in imminent danger of arrest. She is rescued by Gérard’s sister, a high-flying diplomat, who employs a lawyer to represent Mel and facilitates her return to her family home in France.

On Mel’s father’s side, she is part of an eminent and wealthy French family, while her mother is English and had been a model before she married. Mel is bilingual and feels at home in both countries, but she has been brought up in her Father’s family tradition of service to her country and she had been a non-commissioned officer in the French army, seconded to Special Forces. When she became engaged to Gérard, she had resigned from the army, but now she plans to re-enlist. However, the pain of Gérard’s premature death gnaws at her and when she is offered the opportunity to join a new European undercover task force she accepts, determined to discover the truth. It is an unpleasant surprise to discover that she’ll be working alongside McCraken, the obnoxious officer who had suspected her of murdering Gérard, but that does not deter her. Mel’s new role utilises her flawless grasp of the English and French languages, her tactical and strategic skills, and above all her fighting prowess, as she struggles to discover the secrets that got Gérard killed, while preventing her enemies from eliminating her. As she probes deeper, she discovers painful and disturbing truths about her fiance’s business life and his character, and as she uses all her fighting expertise to stay alive, she wonders if there is anybody in this strange, secret world that she can trust.

Double Identity is a contemporary thriller by an author well known for her magnificent alternative history series, featuring strong women who are not afraid to fight for what they believe in. The action throughout the book is fast-paced and exciting, the background, which switches between France and England is fascinating, and the plot is intricate and well thought out. From a stark beginning, where the protagonist is bereaved and feels disempowered, she swiftly regains control of her life and dominates the action, both physically and emotionally. Mel is a magnificent character, strong and determined to battle against injustice, whether it is facing down a sexist police officer who attempts to sexually harass her, or discovering the truth about international intrigue. At the same time, she is emotionally vulnerable, as she comes to terms with her fiance’s death and the painful truths that are uncovered. Also, she is wise enough to reassess those colleagues that she had initially dismissed. Double Identity is the first in a new series featuring Mélisende des Pittones and she is a protagonist that I would happily read more about. Double Identity is a page-turner that I recommend.
-------
Reviewer:  Carol Westron 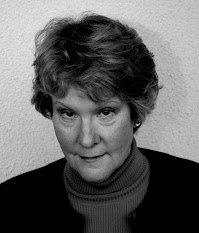 Alison Morton Even before she pulled on her first set of combats, Alison Morton was fascinated by the idea of women soldiers. Brought up by a feminist mother and an ex-military father, it never occurred to her that women couldn’t serve their country in the armed forces. Everybody in her family had done time in uniform and in theatre – regular and reserve Army, RAF, WRNS, WRAF – all over the globe. So busy in her day job, Alison joined the Territorial Army in a special communications regiment and left as a captain, having done all sorts of interesting and exciting things no civilian would ever know or see. Or that she can talk about, even now…
But something else fuels her writing… Fascinated by the mosaics at Ampurias (Spain), at their creation by the complex, power and value-driven Roman civilisation she started wondering what a modern Roman society would be like if run by strong women… 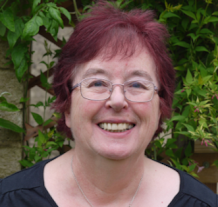 Carol Westron is a successful short story writer and a Creative Writing teacher.  She is the moderator for the cosy/historical crime panel, The Deadly Dames.  Her crime novels are set both in contemporary and Victorian times.  The Terminal Velocity of Cats the first in her Scene of Crimes novels, was published July 2013. Carol recently gave an interview to Mystery People. To read the interview click on the link below.
https://promotingcrime.blogspot.co.uk/2017/11/carol-westron.html
www.carolwestron.com
http://carolwestron.blogspot.co.uk/To read a review of Carol latest book This Game of Ghosts click on the title.