‘No Return’ by Jay Forman 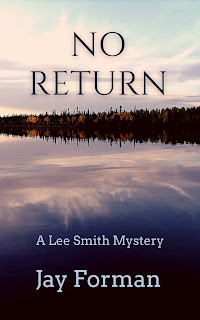 In the second of the Lee Smith mysteries, No Return, Lee finds herself still in Ontario but much further north in even wilder country, the First Nations reservation of Webequie which extends to Hudsons Bay and is the territory of the Ojibway tribe. She had been undertaking an extended road trip across Canada with the intention of writing it up for Tourism Canada, but an unexpected telephone call leads to an abrupt change of plan. Her long-term friend and now her ‘significant other’, Jack Hughes had been funding an Ojibway boy from Berkshire School, Blaze Suganaqueb, while at art college. Now it seems that Blaze’s grandfather Arthur, who is a tribal elder, had found his woman Bernice in bed with a prospector, Ross McKay, and had shot him, carving his face in what seems to be a ritual manner. Arthur has been arrested for murder and Blaze, distraught at his grandfather’s arrest, has been trying without success to contact Jack. So, Lee sets off to see what she can do in Jack’s place, and perhaps also write up the area for her travel article.

There is much in the Webequie territory that would be of potential interest for readers of the article, not just about the inhabitants of the reserve, but about the changes in their lives brought about by the recent discovery of immense reserves of diamonds which has made Canada one of the most important diamond-producing countries of the world. It is ironic to learn that for all that the Ojibway are the original inhabitants of the area they don’t legally ‘own’ the land, it belongs to the Crown and the Ojibway have only recently been allowed to govern it, while still more recently are the mining companies required to consult with the tribal leaders before extracting diamonds or any other of the precious minerals that have led to the area being christened ‘The Ring of Fire’ (referring to the geological processes that originally created the minerals). Unsurprisingly this state of affairs has led to considerable suspicion and resentment of ‘amitigoshi’ (white people) by some of the locals. One little girl even thinks that blonde, pale Lee with her white parka must be a ghost. Most of the locals, however, are reserved rather than actively hostile.

Throughout all this Lee is desperately trying to contact Jack. But so far north contact is at best difficult. However, the local police are not convinced that Arthur had killed Ross; it would be out of character, especially since he was aware of, and more or less accepting of, Bernice’s promiscuity. Moreover, it now seems that the bullet which killed Ross didn’t come from Arthur’s gun. So, if it wasn’t Arthur who killed Ross, and why? Is it anything to do with diamonds, or something else altogether?

While Lee attempts to deal with the problem of Ross’s death there is also her personal problem concerning her relationship with Jack and the disparity in their circumstances – he enormously rich, she from a very different background and with the shadow of her father’s conviction for multiple murders hanging over her which has made her prickly and defensive in all her relationships.

A great read together with for me an excellent picture of a country which is both familiar but at the same time unfamiliar. Recommended.
------
Reviewer: Radmila May
To read a review of the first book in the series One Way Ticket click on the title. 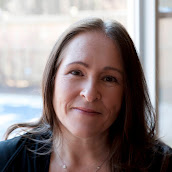 Jay Forman was once a relatively sane television producer. Since walking away from the cameras she’s been crazy busy adding mother and mystery author to her list of credits. Her focus is now locked on sending Canadian travel writer Lee Smith and Jack Hughes (Lee’s best friend with many benefits, not least of which is that he’s a billionaire philanthropist) to wherever bodies are found.