‘Death and the Brewery Queen’ by Frances Brody 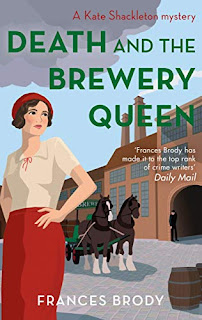 Just after the Great War, Kate Shackleton learned the skills of investigation as she attempted to discover the fate of her husband, who was missing in action; from this personal experience, she progressed to helping other families look for their loved ones. It is now 1930 and Kate’s business as a Private Investigator has grown; she and her assistant, Jim Sykes, have an excellent reputation and are called in to investigate a large range of crimes, and are often consulted by Scotland Yard.

William Lofthouse, owner of the Barleycorn Brewery in the North Riding of Yorkshire, has been persuaded by his young wife, Eleanor, to consult Kate. However, William is clearly hesitant to talk about his problems and it is not clear whether there is a crime to be unravelled at the brewery or their misfortunes are due to mismanagement and ill-luck. William is worried that there have been errors in the accounts, which he admits may be due to the inefficiency of the elderly employee in charge of the department, but also they have recently lost several orders to supply beer to local pubs. Kate can see that William is unwell and he tells her he is longing for his nephew to return from his extended tour of breweries in Germany, so that he can take over the day-to-day running of the brewery. Kate sends Jim Sykes to the Barleycorn Brewery to check whether there is anything to investigate. He soon discovers that somebody has been targeting the brewery, and this is confirmed when the new beer they are developing is sabotaged. Even worse, a trusted employee dies in a way that may have been an accident but to Kate and Sykes it has the hallmarks of murder.

One of the ways in which Eleanor Lofthouse has been encouraging her husband to improve the image of the Barleycorn Brewery is by entering a contender for the title of Brewery Queen. Eleanor has supported their entrant, Ruth Parnaby, in many ways, including getting her diction lessons from a retired opera singer, and Ruth is a strong contender for the prestigious title Northern Brewery Queen. Ruth works in the Accounts Department of the brewery and the opportunities offered by becoming Brewery Queen mean a great deal to her, as the financial rewards would make her independent of her violent father. Slater Parnaby is a skilled craftsman, but he had been a brutal husband and is now a cruel father to Ruth and her brother.

Kate has come to the North Riding to help Sykes with the investigation, and she and her niece, Harriet, befriend Ruth and provide her with a place of refuge. Between them, Kate and Sykes soon discover who is behind the sabotage and violence and the brewery seems to be on course to become prosperous again, but then, in the middle of a garden party, Kate discovers another body. It seems that the troubles surrounding Barleycorn Brewery are not over.

Death and the Brewery Queen is the twelfth novel in the series featuring Kate Shackleton and it is as excellent as its predecessors. The plot is interesting, the historical detail impeccable, the characters engaging, and the backstory is made clear without slowing the pace of the novel. One of the great strengths of these novels is that all the characters are well-rounded and believable and there is a whole community of likeable people that help Kate and Sykes in their investigations. Death and the Brewery Queen is a page turner, which I thoroughly recommend.
------
Reviewer: Carol Westron 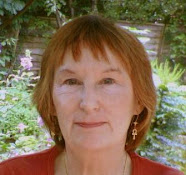 Frances Brody  is a pseudonym of Frances McNeil who lives in Leeds where she was born and grew up. She worked in the USA as a secretary in Washington DC and New York. Frances studied at Ruskin College, Oxford and read English Literature and History at York University. Starting her writing life in radio, she has written scripts for television and theatre. Frances turned to crime for her first novel, Dying in the Wool, set on the outskirts of Bradford, Yorkshire in the 1920s.  Eight further books have followed featuring Kate Shackleton. 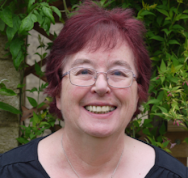 Carol Westron is a successful short story writer and a Creative Writing teacher.  She is the moderator for the cosy/historical crime panel, The Deadly Dames.  Her crime novels are set both in contemporary and Victorian times.  The Terminal Velocity of Cats the first in her Scene of Crimes novels, was published July 2013. Carol recently gave an interview to Mystery People.
To read the interview click on the link below
.https://promotingcrime.blogspot.co.uk/2017/11/carol-westron.html
www.carolwestron.com
http://carolwestron.blogspot.co.uk/
To read a review of Carol latest book Strangers and Angels click on the title.