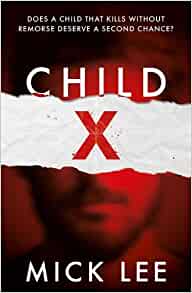 This, the author’s second thriller, takes off as 1999 fades into the dazzling promised land of a new Millennium.  The protagonist is Ray Mercer, a failing, and struggling, private investigator, whose downfall is that he’s a compulsive gambler. Seriously in debt, with his life in tatters, his ruthless creditors are closing in on him. Salvation present itself in the shape of a retired gangland boss who agrees to bail out Ray if he locates and hands over the gangster’s adversary.

Tasked with tracking down his prey, Ray discovers the man has not only secreted himself in a cult that passes itself off as a respectable telemarketing company but has also changed his identity several times.

But that’s not all.  The past returns to haunt Ray who nurses a guilty secret.  Twenty years earlier two boys, who’d concealed themselves, witnessed the brutal murder of a 12-year-old boy by a contemporary. The two observers never revealed what they’d seen that day. Is it now time for Ray to expose the boy’s killer?

I found the storyline to be credible and clipping along at a fast pace, even though the narrative is written in the present tense.  Characters are fleshed out; the dialogue flows easily; the dilemma and moral obligation thrown up by the choice starkly facing Ray entirely engages the reader who is kept on tenterhooks throughout as vengeful people are on Ray’s tail.

There are twists and turns galore to satisfy the most demanding aficionados of this genre although some readers might be understandably confused and perplexed by the numerous aliases adopted by an array of different characters and the frequent time shifts from present to past.  That said the ending was satisfying and wholly unexpected.   Recommended.
------
Reviewer: Serena Fairfax

Mick Lee writes mostly crime fiction now that he has given up on sports journalism, private detecting and asking impertinent questions of people in locked rooms (sometimes called Market Research). It all started with something about deranged serial killers (Under The Waltzer), continued with a vivid re-imagining of the Great Train Robbery of 1963, followed by Child X, an exploration of the issue of child killer rehabilitation. More to follow on what it would be like if a gun could talk, and criminal gangs of Georgian London.