‘The House with No Rooms’ by Lesley Thomson 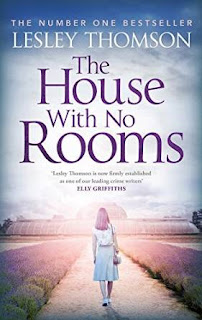 Like Lesley Thomson’s other stories this novel is set in West London and features her two usual protagonists: Stella Darnell and Jack Harmon. Stella is the daughter of Metropolitan Police detective Terry Darnell; she runs a cleaning agency but has never really got over her father’s death several years ago. Jack’s main job is as a driver on the London Underground District Line but he also works for Stella’s agency. Stella is by nature obsessively super-efficient and matter-of-fact whereas Jack is intuitive to a degree which is almost surreal; in particular, he can sense when a person is what he terms a True Host ie potentially a psychopathic killer.

There are two story-lines and several narratives told from different points of view. One story-line, set in 2014, involves Stella’s friendship with her friend successful barrister Tina Banks whose flat she cleans and also a new cleaning contract for the world-famous Kew Gardens. However, Jack has encountered someone in Kew Gardens whom he senses to be a True Host; subsequently he prowls the Gardens hoping that his extra-sensory perception will lead him to the True Host. And Stella is on edge about the release from prison of a murderer whose conviction her father had secured many years ago. Meanwhile Tina seems unduly crotchety going so far as to lie about a locket which Stella has found. Later on when Stella is told the reason behind Tina’s attitude she finds it too difficult to accept. And her relationship with detective Martin Cashman who had worked with her father in the past is becoming increasingly complex.

The other story-line, set in the exceptionally hot summer of 1976, is that of Chrissie Banks, the teenage daughter of local taxi-driver Cliff Banks who is ambitious for his daughter and sends her to a private prep school. However, Chrissie is so self-conscious about her modest background that she lies about not just that but virtually everything including that the house very near the Gardens that she claims is her family home is actually that of a George Watson whom her father has employed to teach her botanic drawing. Her awareness of the lies haunts and confuses her so much that when she sees something very strange in the Marianne North Picture Gallery in Kew Gardens she sees it as a manifestation of the children’s picture book story The Cat in the Hat.

And then Stella finds a dead man in the Marianne North Gallery and the two story lines begin to come together.

This book has a very complex structure in which the choice between lying and not lying, with all the unforeseeable consequences of choosing one or the other, is all-important.  The narrative may seem somewhat over-discursive but which it disguises a classic mystery with various red herrings and a surprising but totally fair twist at the end. Readers – pay attention! Highly recommended.
------
Reviewer: Radmila May 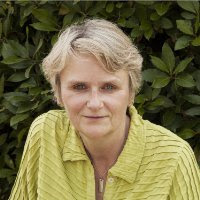