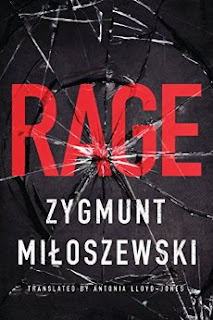 Poland 2013, in the province of Warmia in north Poland. Late November, just before the onset of the winter snows. The chief city is Olsztyn, but many of its finer buildings were built during previous periods of German rule. The weather is miserable, fog and freezing drizzle, and State Prosecutor Teodor Szacki is currently in a rage with the traffic, always bad in the city and getting worse. He moved from Warsaw to Olsztyn only two years ago and doesn't much care for it, finding it provincial. He frequently bickers with his partner Zenia and his teenage daughter by his first wife, Helena (Hela). In reality he loves them dearly but they sometimes drive him to distraction while his attitude to them, typically Polish male, can be overbearing. Now he is on his way to make a speech to a group of high school students on how his role as chief prosecutor is to prevent crime, still very prevalent in Poland and insufficiently prosecuted; this is particularly true of crimes against women. At the High School he receives a call: human remains have been discovered during roadworks. The remains are skeletal and there is no evidence of decomposition so it is presumed that death took place years ago but as prosecutor he is called out to every death outside hospital where there is a possibility of foul play and it is for him to decide whether or not to order the police to investigate further. In Warsaw where ambiguous deaths are frequent he might not have bothered but in Olsztyn things are much quieter and as there are one or two anomalies – eg the bones are not at all disordered and there is no trace of animal scavenging – he decides to send the remains for further examination. And then the forensic pathologist calls Szacki over to his department to say that apparently the bones are recent and the flesh has been cleansed from them by some ultra-powerful chemical. The skeleton is identified as being that of 50-year-old Pyotr Najman who until a week ago had been very much alive. But when Szacki informs his wife she takes the news with apparent coolness which arouses Szacki's suspicions. But the method chosen for Najman's death was too complicated for just one person to be the perpetrator and soon Szacki and his new assistant, the young, ambitious and coldly intellectual Edmond Falk, find themselves venturing into a number of blind alleys which turn out to be dead ends until the very end when Szacki's own daughter is in deadly peril and Szacki's finds himself overwhelmed by the very rage which has led others to commit the crimes that he condemns in others.

Although this is the third in the prize-winning author's Szacki' series, this is the first Polish crime fiction novel that I have read, although I enjoyed very much the Polish TV thriller The Border recently broadcast online – mountains, forests, wolves, bears: what more could anyone want! I also enjoyed this. Szacki is a memorable character, dedicated to upholding abstract principles of justice but at the same time enraged by the violence and corruption he sees around him and the failings of the Polish state. I was particularly fascinated by the role played by the legal prosecuting authorities from the outset of a crime investigation which contrast with the situation in this country. And I wasn't expecting but did enjoy the occasional flashes of humour such as the forensic pathologist's tendency to lecture Szacki on various aspects of pathology, much to the latter's  impatience. The translation is excellent. Recommended.
------
Reviewer: Radmila May

Zygmunt Miloszewski is an award-winning Polish novelist and screenwriter. His first two mysteries featuring prosecutor Teodor Szacki, Entanglement and A Grain of Truth, have received international recognition making him the No 1 bestselling author in Poland and one of the world's best-known contemporary Polish writers. Miloszewski has won the Polityka Passport for Polish literature. He's also twice won the High Calibre Award for the best Polish crime novel and earned two nominations to the French Prix du Polar Européen for the best
European crime novel. 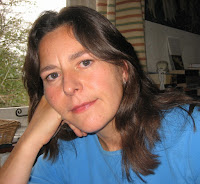 Antonia Lloyd-Jones (Translator)
Antonia is a full-time translator of Polish literature, and twice winner of the Found in Translation award. She has translated works by several of Poland’s leading contemporary novelists and authors of reportage. She also translates crime fiction by Zygmunt Miłoszewski, poetry, essays, and books for children. She is a mentor for the BCLT’s Emerging Translators’ Mentorship Programme, and Co-Chair of the UK Translators Association.