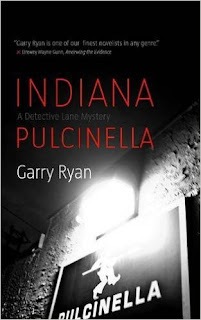 The fast moving novel juxtaposes birth and death from the outset as Lane is summoned from a maternity ward, where he is celebrating the birth of his nephew, Indiana, to investigate the gruesome murder of a husband and wife.  A second double murder soon puts Lane’s unit under growing pressure as they race to find the killer, or killers, who are targeting high profile residents in the city.  Lane’s concerns are further complicated when the crimes cast doubt on the  tenuous conviction of a homeless man for a similar murder in Calgary some years earlier - a fact not lost on local press and TV reporters.
The police procedural is skilfully interwoven with a second narrative as Lane’s family receive an unwelcome visit from his estranged sister, Alison.  A tense battle for custody of Lane’s new nephew ensues, along with more unwanted media publicity for Lane as he, his partner Arthur, and their household become entangled in a domestic feud that uncovers bitter family memories.

This was my first encounter with the Canadian detective and it stands very well on its own.  Garry Ryan’s carefully crafted storylines and taut style provide the novel with pace and tension.  The author also deserves the acclaim he has  received for his highly plausible description of Lane’s thoroughly modern   family.  I look forward to reading more of this entertaining series.
------
Reviewer: Dorothy Marshall Gent