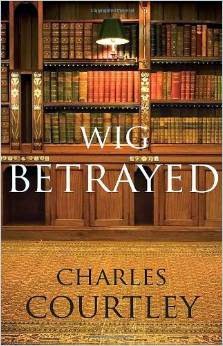 In this novel which is set in the 1980s or 1990s, the narrator, who bears the same name as the author, who had been a barrister (see the author’s previous novel Wig Begone), is now a Judge-Advocate presiding over courts-martial in which military personnel are tried for offences against service law which includes all criminal offences within the English legal system.

There is a jury, known as a ‘Board’, consisting of between three and seven officers and warrant officers. The judge-advocate decides on all matters of law, practice and procedure (like a judge in an ordinary criminal trial); the Board decides on guilt or innocence.

Courtley finds life as a judge-advocate in Germany lonely and unsatisfying particularly as his relations with the Army ‘top brass’ are bad all of which affects his relationship with his wife who after a while leaves him and returns to the United Kingdom.

Although Courtley tries criminal cases the novel is not really a crime or mystery novel but it does present a realistic and convincing picture of the sort of cases that come before courts-martial. In addition, although the Army ‘top-brass’ characters are portrayed as being somewhat Dickensian, the underlying issue - the tendency of those in high positions to think that they are above the law - is real and important enough to warrant discussion.
------
Reviewer: Radmila May

Charles Courtley did a great deal of amateur acting earlier in his life. In more recent years, he has written short stories (two of which were produced for radio) and two currently unpublished children’s books. From 1972–1990, he practised as a barrister, mainly in London and the South Eastern Circuit – both prosecuting and defending in criminal cases. He is now a military judge, presiding over court-martial cases, which have included a number of serious criminal allegations over the years. Charles Courtley is a pen-name.