‘Down Among the Dead Men’ by Ed Chatterton 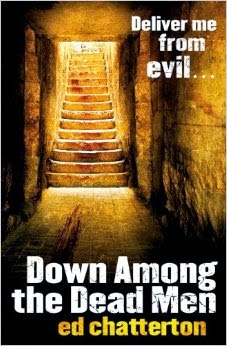 
DCI Frank Keane has to deal with a really gruesome and brutal killing of a husband and wife, which on the face of it looks like a murder suicide, but the son is missing and that puts doubt on the picture he and his force is seeing.  Evidence starts to emerge which indicates that not all is as straightforward as it seems. DCI Keane starts to ask awkward questions and links the murders with a local film project and, potentially, its stars.  The investigation becomes politically hot, as the film is seen as an important promotion for the city, and the death count increases.  Keane and his team are stretched to the limit trying to follow up leads, without losing an important city initiative.

The narrative moves from Liverpool to Los Angeles and merges some of the difficulties of police procedure, with the politics of both locally and internationally driven investigations.  The gritty realities of Liverpool are lightened by the relationships between the characters depicted and the contrast between the two cities in the story.  DCI Keane has many characteristics of the typical fictional detective: lonely, drinks, often bucks the system, but his flaws also help drive the story forward.  The other characters, working with Keane and the criminals/victims, are sketched out in some detail and each scenario is nicely paced.

This is a slow burn story, but the tempo is fast enough and the characters drawn finely enough to keep the attention right up to the explosive end.  The differences between the two cities which play host to the events of the tale are emphasised by the contrast between the pace of the story in each.  This creates a surprising and interesting take on the police procedural.
------
Reviewer: Amanda Brown 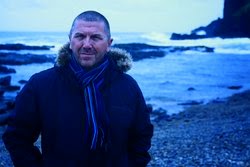 Ed Chatterton was born in Liverpool, England and, working as Martin Chatterton, has been successfully writing and illustrating children's books for twenty-five years. In addition to his award-winning career as a writer, he has also worked as a graphic designer, university lecturer, commercials director and failed lingerie baron. After spending some years moving between the UK and the US, he emigrated to Australia in 2004 and became a citizen in 2006. He lives in northern NSW and is married with two vampires.
Posted by Lizzie at 18:28