‘The Red Road’ by Denise Mina 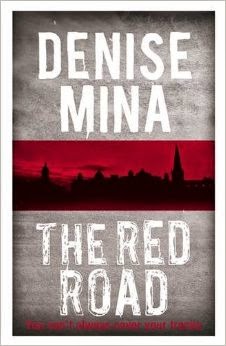 Fiction, they say, hinges on crisis moments in people’s lives, and crisis is what the police  spend much of their time dealing with.
What I liked most about this book, and what I suspect I’m going to like most about Denise Mina when I get round to exploring her work further, is the way she turns crisis into an everyday occurrence without losing any of the drama and dynamic that makes good crime fiction.

Her series protagonist D I Alex Morrow is a normal, likeable human being with flaws, foibles and a life outside being a senior detective. She misses her year-old twins when she’s at work, has to battle with a reluctant attraction to a man which might threaten her marriage, has gratifyingly mixed feelings about her criminal brother. Though she climbs several flights of half-demolished stairs to view a crime scene, she hates every second of it and doesn’t pretend otherwise. And she quietly pieces the clues together to come up with the solution to several murders, and doesn’t baulk when that solution is politically unpopular, or when someone else gets the credit; she’s never going to progress beyond detective inspector and has resigned herself to it.

The Red Road is set in two time frames, and Alex Morrow finds herself looking for answers in both. As usual, Glasgow’s less savoury side is the setting for most of the action, and it comes across with sometimes sickening clarity – but in a way which makes it seem, if not exactly ordinary according to most people’s experience, then at least part of Morrow’s routine.

Another manifestation of Mina’s knack of making her fiction feel as if it really could happen is that the characters, good and bad, aren’t wholly either. One of the most sympathetic is revealed as a double murderer early in the narrative; one of the strangest is a victim; and Morrow finds herself faced with the possibility that a thoroughly unpleasant convicted criminal night not be guilty after all.
Fortunately for most of us, crime doesn’t form part of our daily routine, but for some sections of the police force it’s exactly that. Denise Mina never loses sight of this – but neither does she turn her back on the first requirement of the kind of good fiction she sets out to write: to engage, inform and entertain.
------
Reviewer: Lynne Patrick 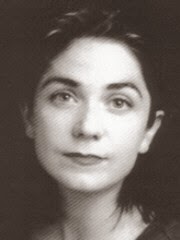 Denise Mina was born in Glasgow in 1966. Because of her father's job as an engineer, the family followed the north sea oil boom of the seventies around Europe, moving twenty one times in eighteen years from Paris to the Hague, London, Scotland and Bergen. She left school at sixteen and did a number of poorly paid jobs: working in a meat factory, bar maid, kitchen porter and cook. Eventually she settled in auxiliary nursing for geriatric and terminal care patients. At twenty one she passed exams, got into study Law at Glasgow University and went on to research a PhD thesis at Strathclyde University on the ascription of mental illness to female offenders, teaching criminology and criminal law in the mean time. Misusing her grant she stayed at home and wrote a novel, Garnethill when she was supposed to be researching and writing her thesis.  Garnethill won the Crime Writers' Association John Creasy Dagger for the best first crime novel and was the start of a trilogy completed by Exile and Resolution. A fourth novel followed, a stand alone, named Sanctum in the UK and Deception in the US. In 2005 The Field of Blood was published, the first of a series of five books following the career and life of journalist Paddy Meehan from the newsrooms of the early 1980s, through the momentous events of the nineteen nineties. The second in the series was published in 2006, The Dead Hour and the third, The Last Breath in the UK and Slip of the Knife in the US.  Still Midnight,  the first of the Alex Morrow books was followed by The End of the Wasp Season.