‘Buried on Avenue B’ by Peter De Jonge 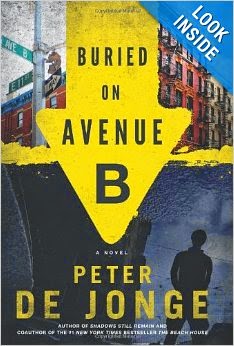 Detective Darlene O’Hara, newly promoted takes on what seems like an open and shut case.  The confession of a junkie that he killed and buried his partner in a city park seems like an easy introduction to her new post.  Unfortunately, instead of finding an adult at the site, the body of a 10 year old boy is exhumed and a complex story of fraud, extortion and murder starts to be unravelled.

Darlene is a complicated character, single mum with a really dysfunctional background and a tough job.  Her son is a college drop out with aspirations to be in a band, which constantly worries her, but she is unable to criticise as he is the product of a teenage pregnancy named after her favourite rock star.  Added to this she is trying to prove her worth in a division where normally the most complex homicide is a stabbing between friends or a domestic dispute.

Peter de Jonge is best known for his collaborations with James Patterson, but in this book and its predecessor, he demonstrates his skill in his own right as a crime craftsman.  The narrative is well structured and the main characters are nicely three dimensional with some interesting quirks and a slice of humour which can be lacking in police procedurals.  The story is not without its flaws, but is entertaining, non linear and unpredictable which keeps a seasoned crime reader interested and reading to the last page.  I will be looking for the next Darlene outing!
------
Reviewer: Amanda Brown 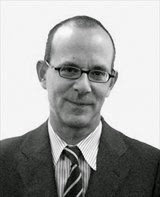 Peter de Jonge has coauthored three New York Times bestsellers with James Patterson: Beach Road, The Beach House, and Miracle on the 17th Green. He has been a reporter for the Associated Press and a contributing writer for the New York Times Magazine. His work has appeared in Best American Sports Writing, National Geographic, Harper's Bazaar, Details, and Manhattan, Inc. He lives in New York City