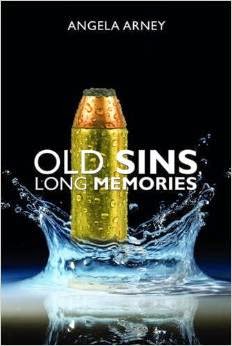 Following her divorce Dr Lizzie Browne moves from London to Stibbington, a small town on the south coast. She thinks it’s ideal to provide the peace she needs. However, on her first day at her new practice, Honeywell Health Centre, during her afternoon home visits, she encounters the dead body of a young man she had seen at the practice just that morning.

For DCI Adam Maguire, and colleague Sergeant Steve Grayson a murder is just what they need - something more challenging than the usual mundane petty crime of Stibbington. But the crime seems motiveless. Who would want to kill a young drop-out? When a second body is found in Lizzie’s garden, with the same MO, Lizzie finds herself drawn into the mystery, and also the orbit of DCI Adam Maguire, a widower of surly disposition since the death of his wife Rosemary three years previously.

As is clear from the title, the answer lies back in time, but Adam Maguire resists Lizzie’s investigative efforts to link the two deaths.  But then the body count rises, and Maguire leans towards a serial killer.

I greatly enjoyed this mystery, fascinated as bits of the story are pieced together, revealing a buried tragedy which apart from causing initial unhappiness has over the years tainted many lives. There are, or maybe I should say were, some great characters, but they kept dying off.

There is nothing to indicate that this is the start of a series but I so hope there is another book. There are several lives I would like to follow. Also to see how Lizzie fares at her new practice with the animosity directed at her from one of the partners.  He could be killed off! 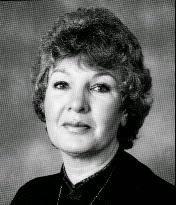 Angela Arney  was born in Hampshire and went to school in Winchester.  Since 2001, she has lived in Marchwood, near Southampton. As well as writing, Angela has interests in amateur theatre both as a performer and director for plays and musicals. Her old jobs has included shorthand writer, cabaret singer, teacher, hospital administrator and caterer. She has been a performer in musicals playing character parts with local societies at venues including the Mayflower Theatre. She has directed for large musicals with Southampton Musical Society and smaller productions for Phoenix Theatre Company.  Angela has been a published writer of successful romantic novels since 1984, and has had 16 romantic/thriller novels published as well as four mainstream novels. Angela has a son a daughter, and four grandchildren.
Posted by Lizzie at 16:55