‘The Baklava’ by Jason Goodwin 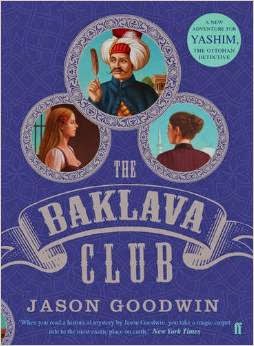 This is a masterly series about an unusual topic for historical crime writers.  We are in Istanbul in 1842 with Yashim, the eunuch.  The era and atmosphere are very well conveyed by a knowledgeable historian - I particularly enjoyed the cooking!  Yashim is an investigator with strong connections to the Sultan's Court.  He becomes involved with a group of exiled Italians, an Irish priest and a Russian girl whose father is a Decembrist and had been exiled to Siberia.  The ways of the ancient city are understood by Yashim and through his eyes the reader can gain an understanding of such a different system.

He is periodically employed by the  Valide, the Sultan's mother;  at this time in reality  she was the former Aimee Dubucq de Rivery a Frenchwoman captured by pirates when travelling to France from Martinique at the age of sixteen.  It is the Valide that embroils Yashim with Natasha Borisova and it is his friend, the Polish gentleman, Palewski, who introduces him to the young Italians and the beautiful Dane, Birgit, and the bibulous Irish Catholic priest, Father Doherty.  The shadowy La Piuma has a plan that involves the amateur Italian  revolutionaries in trying to strike a blow for Italian unity and revolution.  When the scheme goes wrong trouble ensues and eventually turns to murder.  As always discerning the dangerous from the foolish and the innocent is a hard task for Yashim.
------
Reviewer: Jennifer S Palmer
Jason Goodwin has published 4 previous  adventures of Yashim  and also  serious histories of the Ottoman Empire. 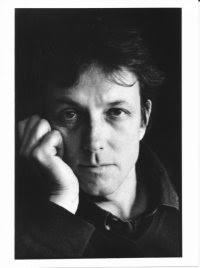 Jason Goodwin writes the best-selling Yashim detective series set in 1830s Istanbul. 'When you read a historical mystery by Jason Goodwin,' writes Marylin Stasio in The New York Times Book Review, 'you take a magic carpet ride to the most exotic place on earth.' The Janissary Tree won the Edgar Allen Poe Award for Best Novel in 2007, and the series has appeared in over 40 languages.
He's written award-winning books of travel and history, including Lords of the Horizons: A History of the Ottoman Empire. Time Out called it 'perhaps the most readable history ever written on anything.' Jason's love-affair with Turkey was kindled in 1990 when he and Kate, his partner, walked 2000 miles across eastern Europe, from Gdansk to Istanbul. The award-winning On Foot to the Golden Horn tells the story of that journey in a year of change, and it's available on Kindle.
The Gunpowder Gardens: Travels through India and China in Search of Tea tells the story of Jason's journey across the world of tea, its trade and history.
He lives in Dorset, on the south coast of England, with Kate and their four children.