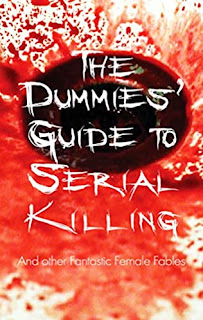 What every new writer needs is a showcase – in this case an excellent collection of brief stories by (mostly) aspiring authors, many of whom deserve to be better known. Admittedly the headline story, the eponymous Dummies’ Guide, is a hard act to follow with Danuta Reah at her mordant best. It would be invidious to pick out my favourite stories – which might not be yours anyway – because every short story is so very hard to write, quite different in technique from the longer prose fiction we all love. Congratulations to all those involved, whether in the writing or the production of this elegantly presented anthology.
Recommended
------
Reviewer: Judith Cutler 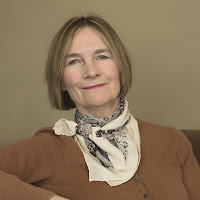 Danuta Reah, who also writes under the name Carla Banks and Danuta Kot, was born in South Yorkshire. She comes from an academic family but opted out of formal education at the age of 16. She worked in a variety of jobs from barmaid to laboratory assistant, in a variety of locations, including a brief spell in Kingston, Jamaica. She went to university as a mature student and then went on to teach adults in Further and Higher Education. She taught linguistics and creative writing, and in the course of this, refined her own writing style. She published her first novel Only Darkness in 1999.
Danuta lives in South Yorkshire. She is past Chair of the Crime Writers' Association. A regular speaker at national and international conferences and literary festivals, she has appeared on radio and television.

Judith Cutler was born in the Black Country, just outside Birmingham, later moving to the Birmingham suburb of Harborne. Judith started writing while she was at the then Oldbury Grammar School, winning the Critical Quarterly Short Story prize with the second story she wrote. She subsequently read English at university. It was an attack of chickenpox caught from her son that kick-started her writing career. One way of dealing with the itch was to hold a pencil in one hand, a block of paper in the other - and so she wrote her first novel. This eventually appeared in a much revised version as Coming Alive, published by Severn House. Judith has seven series. The first two featured amateur sleuth Sophie Rivers (10 books) and Detective Sergeant Kate Power (6 Books). Then came Josie Wells, a middle-aged woman with a quick tongue, and a love of good food, there are two books, The Food Detective and The Chinese Takeout. The Lina Townsend books are set in the world of antiques and there are seven books in this series. There are three books featuring Tobias Campion set in the Regency period, and her series featuring Chief Superintendent Fran Harman (6 books), and Jodie Welsh, Rector’s wife and amateur sleuth. Her most recent series features a head teacher (3 books). Judith has also written three standalone’s Scar Tissue, Death In Elysium and The Wages of Sin.
http://www.judithcutler.com.
Posted by Lizzie at 14:17