‘The Telephone Call’ by Michael Pakenham 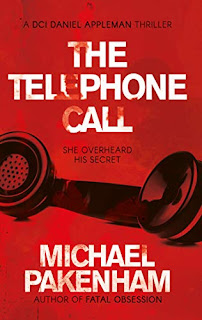 Twelve years ago, three evil men – Harry Sherwood, Jason Duckett, William Harrison - prowled the streets of London. They were looking for girls, for the most part alone and vulnerable, to take part in their violent sex games. They had recruited one of those girls, Mo Salter, to assist them in this task; it was her job to lure the girls into the apparent safety of a luxury car, and by the time the girls realised the car was in fact a trap it was too late. None of the girls was under the age of consent so no criminal offence had been committed, but then one of the games had gone too far and, panic-stricken, one of the men, unsuccessful antiques dealer, William Harrison, had telephoned Sherwood, a rich businessman.

It was that telephone call that caused Sherwoood’s wife, Rosemary, to flee her violent and abusive husband. She dared not even take their son Tom because Sherwood has issued threats against him to ensure Rosemary’s silence; Sherwood dumps Tom on Rosemary’s sister May to bring up. Rosemary has told May what she knows of her husband’s activities but, to ensure Tom’s safety, has sworn May to secrecy.

Now, Harrison is dying and Tom, who cannot forgive his father for his violence towards him and his mother as a child, and is angry with his mother for having, as he thinks, abandoned him to his abusive father, returns to England. And when his father dies, Rosemary returns from France, where she had sought to make a new life, for the funeral. Tom urgently wants her to tell him just what it was that had driven her from England but she dare not tell him the full story because Sherwood’s other two associates are still alive, and one in particular, Jason Duckett, is a criminal with a host of connections into the underworld. But Tom is determined to find the truth about his father so he recruits Daniel Appleman, formerly a Detective Chief Inspector in the county force, now a duly licensed private detective, to find out what he can. At first Daniel finds there is very little to go on, even with the help of his assistant, Jane Andrews, also a former police officer, but gradually he begins to get, if not to the truth, at least to somewhere closer to the truth. Daniel works with Tom and also the woman Tom is falling in love with, Carol. But Duckett is also aware that Daniel is on the case; he has a great deal to lose and his need to eliminate not only Rosemary but anyone else who might come near the truth – May, Tom, Daniel, even Carol who has a connection with Duckett of which she had been previously unaware, and others – overrides everything else. And he has the connections to deal with anyone who could be considered a threat.
------
Reviewer: Radmila May 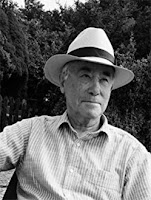 Michael Pakenham is part of a prolific literary Irish family, some of whom still live in Southern Ireland. His great grandfather commanded the British forces at the battle of New Orleans and his grandfather played a prominent role in Northern Ireland politics. Born in Belfast, Michael’s family moved to America after his father was killed at Dunkirk. After the Second World War the family returned to England and moved to Hampshire; they were never to return to Ireland. Michael has lived in Hampshire ever since, first farming and then starting to write in 1990. He has three children and is married to Jeannie Pakenham a watercolour artist.

Radmila May was born in the U.S. but has lived in the U.K. since she was seven apart from seven years in The Hague. She read law at university but did not go into practice. Instead she worked for many years for a firm of law publishers and still does occasional work for them including taking part in a substantial revision and updating of her late husband’s legal practitioners’ work on Criminal Evidence published late 2015. She has also contributed short stories with a distinctly criminal flavour to two of the Oxford Stories anthologies published by Oxpens Press – a third story is to be published shortly in another Oxford Stories anthology – and is now concentrating on her own writing.
Posted by Lizzie at 12:47