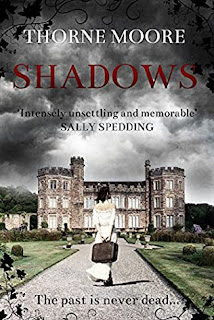 Kate Lawrence has a gift . . . but it is more of a curse than a gift and one she would be happy to be without. She can sense the presence of death; not all the deaths that have ever happened, but the deaths of people with whom she has a connection. She had known, for instance when her unborn baby died in the womb, something which contributed to the breakdown of her marriage to her husband Peter. She had known, without being told, that her mother had died. And she had known of the death of her boss at the moment of his suicide in a police cell. She had been being questioned by police in connection with his fraudulent activities with which she was totally unconnected, but all the same it had been a harrowing experience, so much so that she decides to seek refuge with her cousin Sylvia and her partner Michael in the Pembrokeshire mansion of Llys-y-Garn. Sylvia has an immensely warm and loving temperament and Kate hopes that, with Sylvia, she will gain peace of mind.

Sylvia and Michael are in the process of restoring Llys-y-Garn and turning it into a venue for festivals and so forth, all with the rather hippy tinge about which Sylvia enthuses while Michael, a talented wood sculptor, takes a more practical view. But even here, because Llyn-y-Garn although outwardly Victorian has foundations which go back further, Kate can sense death. And sure enough human remains are found, decades, even centuries, old.

Meanwhile, a collection of New Age travellers appears, led by the charismatic Al to whom Kate is attracted. In fact, many of the travellers are skilled craftsmen who are happy to assist Michael and Sylvia in the renovation of Lyn-y-Garn and all seems to be going well.  And then Sylvia’s son Christian appears. He is deeply malevolent and devotes himself to trying to destroy everything that Sylvia and Michael are doing. In spite of all this, Sylvia adores her son and seeks to excuse his wrongdoing. This results in a train of events which ends in tragedy.

This is not so much a mystery as a powerfully rendered novel in the Gothic tradition.
------
Reviewer: Radmila May 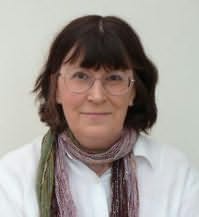 Thorne Moore grew up in Luton, near London, but has lived in Pembrokeshire in West Wales for the last 35 years. She writes psychological crime, or domestic noir, with an historical twist, focusing on the cause and consequences of crimes rather than on the details of the crimes themselves. A Time For Silence, set in Pembrokeshire, was published by Honno in 2012. It was followed by Motherlove and The Unravelling, set partly in a fictional version of Luton. Shadows, published by Endeavour in 2017, is set in an old house in Pembrokeshire, and is paired with Long Shadows, which explained the history and mysteries of the same house from Medieval times to the late Victorian period.
https://www.thornemoore.co.uk/