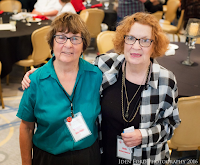 This year's Guest of Honor was Maureen Jennings, (see photograph far left)  most famous for her Murdoch mystery series, starring a police detective solving murders in Victorian Toronto. During Saturday's lunch, she was interviewed by mystery novelist and journalist Ruth Dudley Edwards (seen on the right of the photograph on the  left)  for a humorous discussion of her work, and on Friday evening, fans attended a screening of  Shipwrecked, a film adaption of hernovella addressing Detective Murdoch's origins. 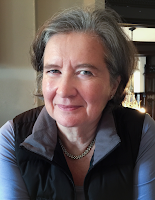 The International Guest of Honor was Natasha Cooper, author of the lighthearted Willow King crime series and the more serious Trish Maguire series, starring a titular London barrister who also takes time solving murders as an amateur sleuth.  On Saturday evening, she gave a moving presentation covering her career and growth both as a writer and a woman, detailing how she moved from being someone who wrote stories about "nice women who did the right thing at great cost to themselves" to instead producing darker, more grounded works while still acknowledging the importance of gentler touches, stating that "crime fiction needs warming up with good food...or a joke."

Aside from their individual presentations, both Guests of Honor appeared in a number of panels throughout the weekend.  And what panels they were!  The weekend featured a packed schedule with themes ranging from more technical or even philosophical subjects like "Where Are We? The Importance of Setting: Place and Time" and "No Such Thing As A Happy Ending? Justice and Injustice in Mystery Fiction" to more humorous genre fair such as "I'm Not Strange, I'm Quirky- Writing Idiosyncratic Characters"or "Coffee, Cats and Cosies- Curling Up With a Comfort Read?" 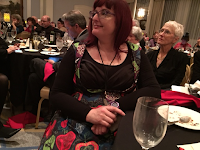 While the organizer's management of the event's panels and locale have surely had an impact on the conference's growth, perhaps Magna's biggest draw is its intimate atmosphere where both writers and readers mingle throughout the weekend. 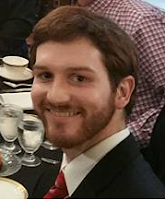