‘Another One Goes Tonight’ by Peter Lovesey: 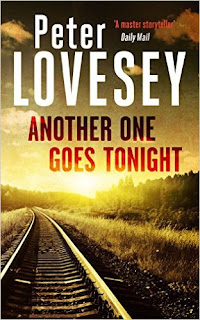 Two, very tired uniformed PC’s, at the end of their shift, take their last emergency call of the night. They are speeding along, sirens howling, on their way to sort the incident, when the driver loses control and the car veers off the road, leaving one of them dead and the other in a life threatening condition.

DI Diamond is called in to investigate the accident, and hopes to prove the PC’s were not in way at fault. He arrives at the scene of the accident, where, much to his horror, he discovers another man, unconscious but alive; this man had been riding on a motorised tricycle, and obviously involved in the accident, but had been overlooked when the emergency services had arrived to help the police. Diamond immediately gives CPR, then the man is rushed to hospital where he is put on a life support machine.

After the discovery of an urn of ashes in the back of the tricycle belonging to this man, Diamond starts his investigations into the unidentified civilian. He finds where he lives and quickly discovers books in the house on -how to kill without being discovered. This civilian, who lies fighting for his own life, Diamond is now realising is probably a wanted serial killer.

Diamond is a down to earth and likeable man, and like anyone else now struggles with his own conscious. However, this is a Peter Lovesey story, the master of misleading guiles. And, all is most definitely not what it seems. It will keep you guessing, and it will surprise you too. It is pace driven, and stylishly written. Lovesey’s dialogue is excellent, and the setting is the historical city of Bath. And, if you are a train fan, that is yet another bonus.

In summing up, or in the words of a Cartier Dagger judging panel….No one Does it Better. Lovesey is just at the top of his game. This book comes- Highly Recommended.
------
Reviewer: Linda Regan
www.lindareganonline.co.uk.

Peter Lovesey  was born in 1936, and attended Hampton Grammar School before going to Reading University to study fine art. He soon switched to English. National Service followed before Peter qualified as a teacher. Having already published The Kings of Distance, named Sports Book of the Year by World Sports, in 1969 he saw a competition offering £1,000 for a first crime novel and decided to enter. Wobble to Death won and in 1975 Peter became a full-time crime writer, winning awards including the Cartier Diamond Dagger in 2000 in recognition of his career in crime writing.
http://peterlovesey.com 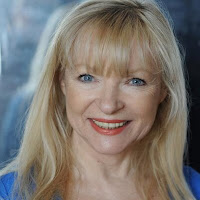 .Linda Regan is the author of six police procedural crime novels. She is also an actress. She holds a Masters degree in critical writing and journalism, and writes a regular column, including book reviews, for three magazines. She also presents the book-club spot on BBC Radio Kent. She is an avid reader, and welcomes the chance to read new writers
www.lindareganonline.co.uk