‘A Chaser on the Rocks’ by Simon Maltman 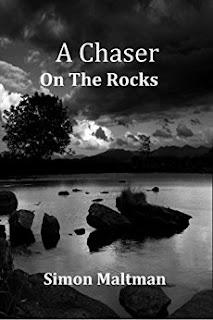 Brian Caskey was a policeman in the Royal Ulster Constabulary (now the Northern Ireland Police Force) in Belfast at the height of the Troubles. Now, after being invalided out with mental stress, he is trying to earn a living as a private investigator. Meanwhile, still under therapy and also on various medications for his mental troubles, his therapist has suggested that he take up creative writing. It has helped others, and might do the same for him. So Caskey starts on a novel about Billy Chapman, a former policeman turned private eye, but set in 1941 in Belfast during World War II at a time when Belfast was being deliberately targeted by German bombers (and some bombs also fell on the Irish Republic’s capital Dublin but the Germans, fearful lest the United States be brought into the war, denied that they were deliberate).

In this book the two first person narratives, that of Caskey and that of Chapman, are set side by side with alternate chapters in either voice. It starts with Chapman who has come to the Causeway Hotel overlooking the famous Giants’ Causeway in Antrim, Northern Ireland, because he has been asked by the manager, a Mr Loach, to look into the death a few days earlier of Frank McKenzie, a walking tour guide employed by the hotel. McKenzie had fallen from the rocks of the Causeway which the police had dismissed as an accident but Loach suspects that it was no accident.

Caskey cannot work full time on his novel because his own PI work, spasmodic though it be, also makes demands. He has to investigate the theft of liquor from a Belfast pub but when he finds one of the thieves he is dead. There is a link between the dead thief and a local called Sean’s Trust also supported by a local group of enthusiastic young Christians which Caskey investigates. Despite the calls on his time by his PI work he is progressing with his novel and interacting with the others in his writing group and his novel is comparatively well organised. But Caskey’s own behaviour is becoming disorganised and fuelled by growing anger at almost everyone whom he encounters. Just how truthful is Caskey’s narrative about himself? Does he really know who he is? Has his illness made him the classic unreliable narrator of post-modernist literature?

In this book which is his first full-length novel the author has set himself a difficult task. One thing he has done well is the contrasting narrative voices, that of Chapman with his classic Chandler-inspired laconic wisecracks in italics, and that of Caskey with his disintegrating personality expressing itself with typically modern incoherence in ordinary type. There are some problems with the sub-editing, that do pull one out of the story, and although relatively minor can be distracting to the reader, but overall an interesting first book.
------
Reviewer: Radmila May 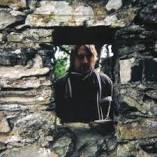 Simon Maltman is a writer and musician from Bangor, County Down. A Chaser on the Rocks is his first full-length novel.