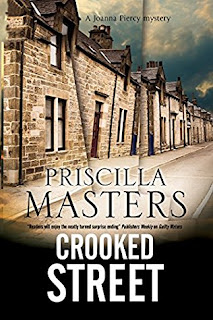 ‘My husband hasn’t come home’ says Eve Glover to the duty officer at Leek police station.  ‘He’s never late’’ Although three hours isn’t regarded as a serious for an adult man, DC Hesketh-Brown logs the call and takes details.  The following day Detective Inspector Joanna Piercy having established that Jadon Glover has still not returned to his home, visits his wife.  Jason Glover, according to his wife is the perfect husband. Working for a professional company, they are comfortable, and relatively newly married.  However, as DI Joanna Piercy and DS Mike Kopanski investigate they turn up information that suggests that Eve Glover doesn’t know her perfect husband all that well.

As in previous books I like following the investigation and how different enquires provide new leads. Some are a dead end and some bear fruit. In this instant they find themselves in a poorer part of the town, where the houses are terraced - small and poky.  An air of poverty and uneasy silence pervades. It would appear that Jadon Glover has dark secrets.  Does the truth of his disappearance lie behind the faded net curtains of these cramped dwellings?

Priscilla Masters has a gift for creating interesting characters, that leap of the page to you and you just want to know all about them.  I enjoy the working relationship that Joanna Piercy has with her sergeant Mike Kopanski, although it wasn’t ever thus. This is the thirteen book in the series and it has taken sometime for their working relationship to evolve to its present camaraderie.   Although she and Matthew are now together at Waterfall
Cottage, tensions still exist between Joanna and Matthews daughter by his first marriage, and sadly also with her new in-laws, but as time passes, things change.

A fascinating mystery that kept me guessing; and an uncomfortable look at the situations one can fall into when times are difficult. Clever and thought provoking this book is highly recommended.
------
Reviewer: Lizzie Sirett 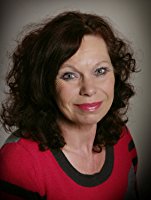 Priscilla Masters was born in Halifax, and brought up in South Wales, one of seven multi racial children adopted by an orthopaedic surgeon and his Classics graduate wife. Priscilla trained as a registered nurse in the Queen Elizabeth Hospital Birmingham. She moved to Staffordshire in the 1970s, had an antiques business for a while and two sons. She started writing in the 1980s in response to an aunt asking her what she was going to do with her life! Winding up the Serpent was her first Joanna Piercy story, published in 1995.  Although that series is still continuing the latest Crooked Street  published 2016, she has also written several medical standalones and a new series featuring coroner Martha Gunn, set in Shrewsbury. Her latest book is Dangerous Minds a psychological thriller featuring Dr Claire Roget who is a forensic psychiatrist who has some very unpredictable patients. It is set in Stoke on Trent.