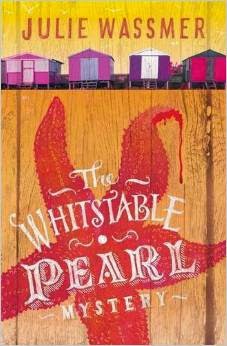 Whitstable is a seaside resort on the North Kent coast and is famed for its oysters which have been gathered on its beaches since Roman times. Pearl Nolan, with the assistance of her mother Dolly and occasionally her son Charlie when he can spare time from his studies and his beautiful Italian girl friend Tiziana, runs an oyster bar. She also has set up a private detective bureau and it is to that that a Mr Stroud comes wanting Pearl to provide information about the financial status of Vinnie Rowe, a local fisherman. Pearl refuses; she hasn't taken to Stroud and, in any case, although she hasn't vouchsafed this to Stroud, Vinnie is an old friend and a supplier of oysters. She sets off to warn Vinnie but when she gets to his boat he is dead, entangled in the anchor chain. At this point enter Chief Inspector Mike Maguire, newly arrived from London and recently bereaved. Pearl with her knowledge of the fishing industry and the oyster trade is able to tell that the apparent accident is not an accident. Then Pearl discovers another body, this time that of Stroud.
As a former long-standing scriptwriter for the EastEnders, the author really knows how to keep the surprises coming and the reader enthralled. And she can also, with her experience as a writer of soaps, handle a large cast and their tangled personal relationships while at the same time painting a picture of  a warm and caring community. Not to mention the odd tasty fish supper recipe. This story, which is to be the first of a series, is very much for readers who like traditional British mysteries set in a traditional British seaside resort which incidentally sounds delightful and well worth exploring. Recommended.
------
Reviewer: Radmila May 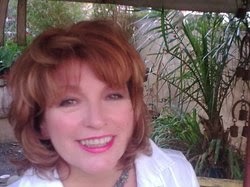 Julie Wassmer is a television drama writer who contributed for almost twenty years to the popular BBC series EastEnders. She published her autobiography More Than Just Coincidence in 2010, in which she describes finding her long-lost daughter after an astonishing twist of fate. It was voted Mumsnet book of the year. The Whitstable Pearl Mystery is the first in her series of crime novels, involving multi-tasking private detective-come-restauranteur, Pearl Nolan. Julie lives in Whitstable and is well known for her environmental campaigning.
Posted by Lizzie at 11:23