A Possibility of Violence by D A Mishani 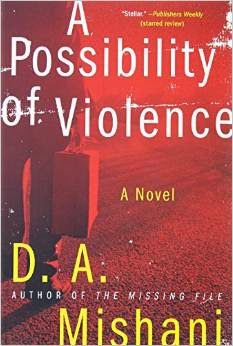 In this Israel-set novel Inspector Avraham Avraham has returned to his police station in Holen, a Tel Aviv suburb, from his stay in Brussels with his lover Marianka. He is expecting Marianka to join him soon. Now, however, he has a case to work on. A man has been spotted leaving a suitcase near a kindergarten. It is suspected to be a bomb. Avraham has a suspect to interrogate but he turns out to have an alibi and in any case the suspected bomb turned out to be a hoax. But if the suspect didn’t leave the bomb, who did? Things are not happy at the kindergarten – Chava Cohen, the manager, has an abrasive manner which has antagonized some of the parents. Avraham interviews a number of the parents, in particular the middle-aged Chaim Sara. There is no evidence of a connection between Chaim and the hoax bomb but Avraham is concerned about another matter – the absence of Chaim’s Filipina wife Jenny. Chaim claims that she has returned to the Philippines – but has she? Avraham’s concerns are not just for Jenny but for the couple’s two little boys but are not shared by his colleagues. His previous problems in case investigations (see The Missing File, reviewed on the Mystery People website) overshadow his relations with those colleagues who feel he should concentrate on the hoax bomb investigation particularly since there seems to be a continuing threat to Chava Cohen. And Avraham’s relationship with Marianka seems to be rather more problematic than when they were together.

This is an interesting book with its details of police procedure in Israel. My only caveat is that since the narrative is partly that of Chaim it seems a trifle odd that although he actually knows what happened to Jenny this does not feature in his thoughts. But this is a common problem in novels where an author wishes to portray the inner life of a character without giving away too much. The result is that the overall tone is rather low-key. However, both Avraham and Chaim do come across as sympathetic characters with whom the reader can identify. Recommended.
------
Reviewer: Radmila May 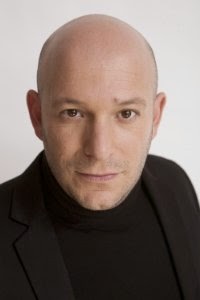 D. A. Mishani  was born in 1975. He is an Israeli crime writer, editor and literary scholar, specializing in the history of detective fiction.  His crime series, featuring police inspector Avraham Avraham, was first published in Hebrew in 2011 and is translated to more than 15 languages. The first novel in the series, The Missing File, was shortlisted in 2013 to the CWA International dagger award.
D. A. Mishani lives with his wife and two children in Tel Aviv.
Posted by Lizzie at 16:48