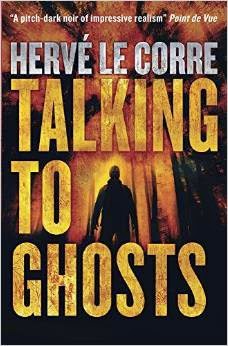 Set in a sweltering French summer,

With his son Pablo's kidnapping still unsolved, and his marriage ruined by the torment of hope, the brutal murder of a single mother in her own home is an almost welcome diversion for Commandant Vilar.

The woman leaves behind a son, Victor, thrown into the foster system with only his mother's urn for company. Struggling with bullies, trauma and the first pangs of teenage love, Victor carries a secret.

Struggling for leads, Vilar is shaken when the colleague investigating Pablo's kidnapping disappears. When a sadistic caller claims to have information about his son, Vilar is torn between duty and a desperate chance of redemption.

From the first sentence you know there is something dark, something lurking so deep … the only way to unearth this twisted nightmare is to follow Vilar into his tortured world. A tortured world that Victor, the young boy left alone after his mother brutal murder, is trying to survive ... two different horrors, two heart wrenching stories.

The twists in this book are ingeniously conspired. The imagery, sense of anguish, hopelessness … has you, the reader wanting the nightmares to end, for these two desolate individuals.

Hervè Le Corre  was born in Paris and is currently teaching in the suburbs of Bordeaux, France. He is the author of several crime fiction novels. He also writes for the literary magazine Le Passant Ordinaire. He was awarded the Grand Prix de Litterature Policiere, the Prix Mystere de la Critique and the Prix Nouvel Obs-BibliObs du Roman Noir for, Talking To Ghosts.