‘By Any Means’ by Chris Culver 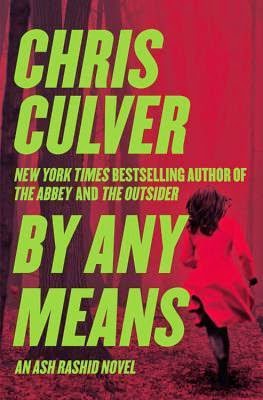 Former detective Ash Rashid is heading home from another day in community policing when he discovers two bodies in a crashed Mercedes. As first officer on the scene, he finds himself back investigating. Soon there’s a call from a woman held hostage by the perpetrator ...

This readable novel brings the world of American police investigation alive: the large number of people involved, including the FBI, the long hours, the constant paperwork and dead ends as well as the adrenalin chases and shoot-outs. The story’s told in the third person, centring mostly on Ash, but we also see episodes with his informer, Russian drug baron Kostya, and are taken into his past. Ash is an interesting character: as a policeman, he’s willing to deal with Kostya if it gets the information he needs to put villains behind bars, in spite of the damage to his own reputation, a theme that is explored in this novel. He’s also a Muslim, and the story is set in Ramadan, so he’s struggling with fasting as well as fighting his previous drink problem when the pressure is on. He has a supportive yet feisty wife, and the home scenes were well-drawn. The stories are set in Indianapolis.

A good read for PP fans. There were a number of references to previous cases, and this is the third in the series, so you might like to start with The Abbey.
------
Reviewer: Marsali Taylor

Chris Culver is the New York Times bestselling author of the Ash Rashid series of mysteries. After graduate school, Chris taught courses in ethics and comparative religion at a small liberal arts university in southern Arkansas. While there and when he really should have been grading exams, he wrote The Abbey, which spent sixteen weeks on the New York Times bestseller's list and introduced the world to Detective Ash Rashid. Chris has been a storyteller since he was a kid, but he decided to write crime fiction after picking up a dog-eared, coffee-stained paperback copy of Mickey Spillane's I, the Jury in a library book sale. Many years later, his wife, despite considerable effort, still can't stop him from bringing more orphan books home. The two of them, along with a labrador retriever named Roy, reside near St. Louis where Chris is hard at work on his next novel. 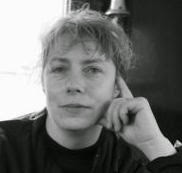 Marsali Taylor grew up near Edinburgh, and came to Shetland as a newly-qualified teacher. She is currently a part-time teacher on Shetland's scenic west side, living with her husband and two Shetland ponies. Marsali is a qualified STGA tourist-guide who is fascinated by history, and has published plays in Shetland's distinctive dialect, as well as a history of women's suffrage in Shetland. She's also a keen sailor who enjoys exploring in her own 8m yacht, and an active member of her local drama group.  Marsali also does a regular monthly column for the Mystery People e-zine.
Posted by Lizzie at 17:56