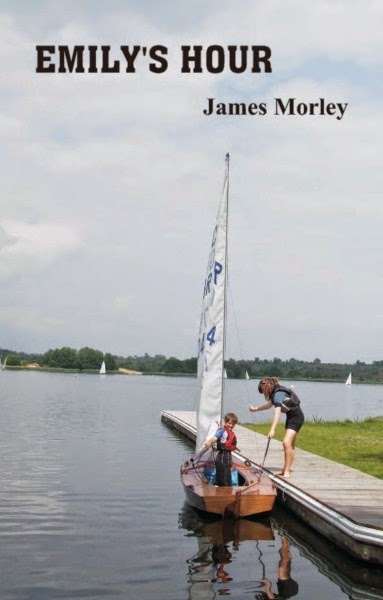 Vandals have pushed a car down the Boating Club slip at Branham Lake, and when it’s pulled out, there’s a body inside. Soon there’s another murder, and another. The chief suspect is the husband of the club Commodore, but his friends are determined to clear his name.

This enjoyable crime novel is set in the sailing world of the south coast of England: the club of Branham Lake where the Simpson children (Emily and John Kaj) sail, the Chichester nautical business of Steve Simpson and the Hamble, where he and his Danish wife Kirsten keep their boat. This was a believable family with convincingly described interaction between them. Steve is older than his wife, with a grown-up daughter who also appears in the story; Kirsten is a tempestuous Dane whose habit of mowing the lawn in the nude upsets the neighbours. Emily, the heroine of the title, is a lively teenager who behaves convincingly under stress – I thought this aspect of the novel was particularly well done. The narration follows the action, rather than one particular person, so we also saw the thoughts of the policemen and psychological profiler involved in solving the crime. The story was quick-moving, with the obsession of the perps brought in early, but the names kept secret until the final, tense chapters.

A feel-good read. It’s a sequel, and the events of the first book are explained, so if you’d like to try a ‘cosy’ sailing thriller, you might want to begin with The Nemesis File.
------
Reviewer: Marsali Taylor