‘The Devil’s Chair’ by Priscilla Masters When an anonymous caller alerts the police to a crashed car up the remote Burley south of Shrewsbury, DI Alex Randall takes charge of the investigation.  It sparks off a search, for although thirty-three year-old Tracey Walsh is found at the scene of the crash her four-year-old daughter Daisy is missing.  With Tracey in intensive care Alex Randall pieces the story together from her partner Neil – the argument following a night of drinking resulting in Tracey taking Daisy from her bed and storming out of the house.

Despite intensive police searching around the area known as Devil’s Chair, Daisy is not found.  She seems to have just vanished as has the person who called the accident in. The area is not overly populated yet despite door to door enquires, and media assistance calling for the caller to come forward the whereabouts of Daisy remains a mystery.  It doesn’t help that the location of the crashed vehicle is rife with tales of witchcraft, strange stories and unexplained disappearances.

As Alex’s team trawl through the lives of those surrounding Daisy, Alex confesses to Coroner Martha Gunn that he is completely mystified by the case.  Just where is Daisy?

As the team follow different leads, several things come to light, but nothing that actually ties together to solve the mystery of the disappearance of Daisy. As with all the books in this series, the characterisation is excellent – the characters just jump off the page so well fleshed out are they.

For Martha, her children are children no more, Sam is pursuing a football career and Sukey is training as an actress. The relationship between Martha and Alex Randall is slowly developing, although still at the ‘friends’ stage attraction is clearly there, but Alex has a secret, can he share it with Martha?  And Simon the widower of her friend Eve who Martha has always found to be on the cold side is suddenly warm and friendly, but Martha doesn’t quite trust him

The mystery is tantalisingly fascinating, and successfully concluded, but the characters you want to continue reading about after you close the last page of the book. In all a book not to be missed, Highly recommended.
------
Reviewer: Lizzie Hayes 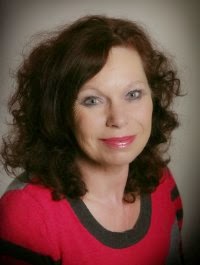 Priscilla Masters was born in Halifax,brought up in South Wales, one of seven multi racial children adopted by an orthopaedic surgeon and his Classics graduate wife.
Trained as a registered nurse in the Queen Elizabeth Hospital Birmingham. She moved to Staffordshire in the 1970s, had an antiques business for a while and two sons. (Now have two grandsons!) I started writing in the 1980s in response to an aunt asking me what I was going to do with my life! Winding up the Serpent was her first Joanna Piercy story, a series which she is continuing with as well as her medical standalones and the Martha Gunn, Shrewsbury coroner, series. Currently she work as a respiratory nurse in the Royal Shrewsbury Hospital. The new Martha Gunn, title The Devil's Chair is set in and around Church Stretton and is due to be published in April 2014.