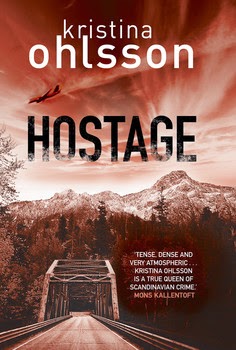 Stockholm 2011. In this, the second Fredrika Bergman novel, Fredrika, now married with two children, has quit the police and has a temporary job with the Justice Department of the Swedish Government. But then an anonymous note is found on a Swedish aeroplane with 400 Swedish and US passengers already in flight from Stockholm to New York threatening to blow the plane up on landing if the Swedish Government does not immediately release a Moroccan currently in custody and awaiting deportation and if the U.S. Government does not close down an ultra-secret detention centre in Afghanistan. The perpetrators must be found and found quickly before the threat becomes reality but neither government will negotiate with terrorists.

In Sweden both the police and the intelligence services must act together and Fredrika, with knowledge of both, returns to the police force to effect the liaison between her old boss Superintendent Alex Reich and the boss of the Secret Service’s counter-terrorism unit under the ambitious and abrasive Eden Lundell. With desperation mounting while the clock ticks away the hours and minutes, clues as to the identity of the would-be bomber must be found but every clue leads only to a blind alley.

I thought this was an excellent thriller which gripped me from beginning to end. The characters are well-drawn including the husbands of Fredrika  (supportive) and of Eden (anything but). The author’s own experience in working for the Swedish government gives a strong feeling of authenticity to the narrative. And the ending, although surprising, is convincing. Highly recommended.
------
Reviewer: Radmila May 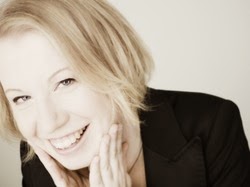