‘Behind Closed Doors’ by Elizabeth Haynes 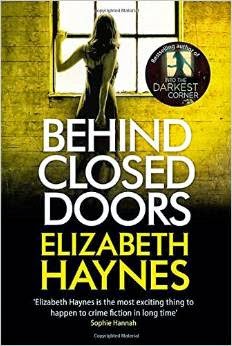 Abduction, prostitution and drug dealing all play a large part in the second in Elizabeth Haynes’s series featuring DCI Louisa Smith and her major incident team.

Haynes continues to make use of her own background as a police intelligence analyst by employing a device which isn’t often seen in crime fiction. A selection of the documents which pile up in the course of an investigation, such as witness statements, interview transcripts, suspect profiles and intelligence reports, are scattered through the narrative to offer an insight into the minutiae of police work and enable the reader to piece together the clues.

This time, though, the action focuses less closely on the incident room and the day-by-day progress of the investigation, and homes in on the key characters: Louisa herself, as she navigates the choppy waters of police politics and tries to nurse her precarious relationship with intelligence analyst Jason Mercer; DS Sam Hollands, who is inclined to become too emotionally involved; and most of all Scarlett Rainsford, who disappeared ten years earlier during a family holiday in Greece, and has just resurfaced in her home town as a potential witness in a case involving murder and human trafficking.

Scarlett in particular is complex and well-rounded. Her backstory interleaves the present-day narrative, and the reader learns what really happened in Greece long before the police do. In addition, there is clearly a lot going on in the head of Juliette, Scarlett’s younger sister; is she really mentally disturbed as her father claims, or is there more to it than meets the eye?

Elizabeth Haynes shows herself to be adept at building an intricate story layer by layer. There are strands which link this novel to the previous one, providing Louisa with a nemesis to pursue into future volumes in the series; and the author has clearly done her homework with regard to the ramifications of large-scale prostitution.

The succession of sordid places Scarlett is consigned to made me queasy, and the realization that such things go on under our noses left me feeling distinctly uncomfortable. But despite that, I never wanted to stop reading; both Scarlett’s story and the developing relationships within the major incident team are gripping stuff. Above all, though, I wanted to see the bad guys brought down for the suffering they caused.

Alas, that was never going to be easy. As a character observes, dismantling one corner of an organized crime network is pointless; another side of the same organization simply takes over. The upside is that there’s still plenty for Louisa Smith and her team to do as the series progresses – and the second volume more than lives up to the promise of the first.
------
Reviewer: Lynne Patrick 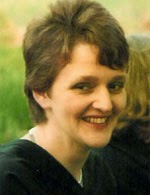