‘The Strangler’s Honeymoon’ by Hakan Nesser 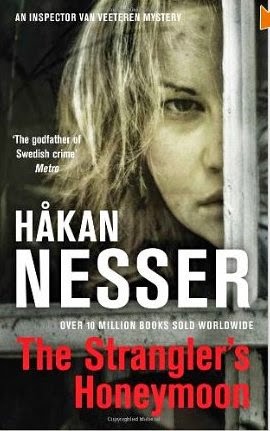 In The Strangler’s Honeymoon a nameless man is in holiday in Greece with his wife but when she tells him that she is going to leave him for someone else he strangles her and dumps her body in a ravine. Two years later he picks up a girl in a London pub but when she first encourages his advances and then rejects him he strangles her too. A year later in the fictitious town of Wallburg a third woman is strangled. And a year after that, in Maardam two women, Martina Kammerle who is bipolar, and her 16-year-old daughter Monica are in a sexual relationship with a man calling himself Benjamin Kerran. Because of the mother’s illness both women lead very isolated lives and when they both go disappear they are not missed for some time. A priest in whom Monica had wanted to confide but only with a promise not to go to the police consults Van Veeteren but he is about to go on holiday and tells the priest to come back later. However, before Van Veeteren returns the police dies in an accident - but was it an accident? Meanwhile Martina’s decomposing body has been found in her flat and there are now deep concerns about Monica. All these strands are seemingly unconnected and the many clues resulting from police enquiries seem to lead only to dead ends. It takes Van Veeteren’s intuitive skills to re-examine the clues and find the one which will lead the police along the trail of guilt through the labyrinth to the final revelation.
This is a very long book with a complex narrative. But the author’s skill in handling not only the complicated plot but the enormous cast of characters, each one of whom is tellingly differentiated, is manifest.  Highly recommended.
-----
Reviewer: Radmila May
Other novels by Hakan Nesser: Borkman’s Point, The Return, The Mind’s Eye, Woman with a Birthmark, The Inspector and Silence, The Unlucky Lottery, Hour of the Wolf. 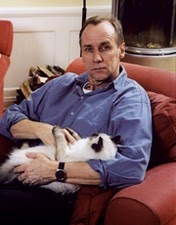 Hakan Nesser  was born February 21, 1950 in Kumla Sweden. He attended Uppsala University. He is a celebrated award-winning Swedish crime writer whose novels have only recently been translated into English. His series detective is Van Veeteren, although by the time of the novels reviewed below he has retired and is now running an antiquarian bookshop. He is often called upon for informal advice by his former colleagues who value his insight and ability to make connections that others miss. The novels are set in a fictitious country, never named but an amalgam of  Holland, Belgium, Germany, Denmark and perhaps others. The police headquarters is in the town of Maardam.