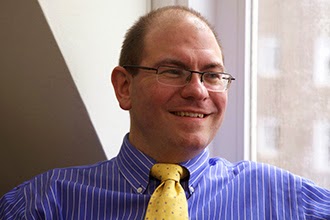 Leigh: You work tirelessly to support authors. What drew you to this career path?
Oli: A desire to work closely with creative people and to help manage their careers.

Leigh: Should authors build an online presence, or is it merely a distraction from writing?
Oli: Much is made of authors needing to be social media savvy and I think it does help build an author's career. Authors have never been more accessible to their fans around the world. But there are plenty of successful authors who don't tweet and still sell millions of copies. But I would say if you are going to enter the world of social media, I don't think there's any point dipping your toe in the water. You have to go all in, tweet regularly and interact with people: don't use it exclusively for self-promotion.

Leigh: What advice would you offer to authors, both new and established?
Oli: Stay market aware and don't be afraid to step back, re-evaluate and freshen-up what you're writing. I think that's particularly true with long running crime series. I think as fans of crime fiction, we all have read
authors who by the time the 10th book in a series comes around, it feels like they’re just phoning it in.

Leigh: How do you see the future for self-published authors, and for the traditionally published?
Oli: Very bright indeed, for both. Some people might fear working during a time of perceived change and flux but I love that we're working in a time of great flexibility. Authors can only benefit from that.

Leigh: I have seen serious discussions online about whether all writers are insane. What do you think?
Oli: Sure, maybe a little. In a "You don't have to be crazy to work here but it helps" kind of way.

Leigh: Finally, in one sentence, what does the Association of Agents offer its members?
Oli: Support and a forum to discuss the major publishing issues of the day

Thanks Oli for talking to us.