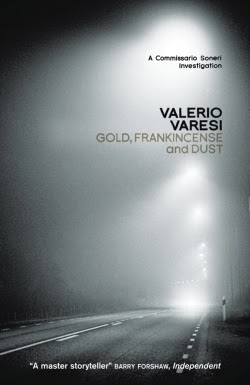 In a thick fog in the Po Valley in Northern Italy, there is a crash on the autostrada involving numerous vehicles some of which contained cattle which escape and cause chaos. And a badly charred corpse is found lying on the verge. Inspector Soneri of the Parma police is in charge of the case. The corpse is later identified as being that of a young Rumanian woman, Nina Iliescu, her death nothing to do with the autostrada mayhem but clearly murder. Meanwhile, an elderly Rumanian man is found dead of natural causes on a coach from Bucharest. He, it transpires, was Nina's grandfather but why was he coming to Italy? Soneri's investigations lead him to a camp where Italian gypsies and Rumanian Roma live side by side in a state of mutual hostility united only by a wall of silence against outsiders. He also tracks down Nina's various lovers all ensnared by her beauty. But were they using Nina or was she using them? In a fog of false allegations and and deceit, paralleled by the pervading fog typical of the region in winter, Soneri has to clear up the confusion while at  the same time trying to maintain his relationship with his mercurial lover Angela. He strikes up a friendship with the elderly Marchese Sbarazzo, once a rich aristocrat but now a penniless vagrant, with a penchant for gnomic philosophizing which sometimes obscures, sometimes enlightens Soneri's search for the truth. In contrast, the observations of the plain-speaking investigating magistrate, Dottoressa Marcotti, provide welcome moments of clarity.

An interesting addition to the growing number of Italian crime writers now available in English translations who cast light on lesser-known aspects of their country's society.

Other Soneri novels by the author: River of Shadows and The Dark Valley
-----
Reviewer: Radmila May 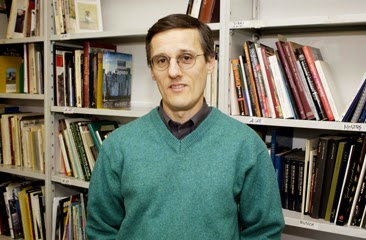 Valerio Varesi has been the Parma correspondent for La Stampa and La Repubblica. Gold, Frankincense and Dust is the third in a series of thrillers featuring Commissario Soneri.
Posted by Lizzie at 16:04