‘Bricks and Mortality’ by Ann Granger 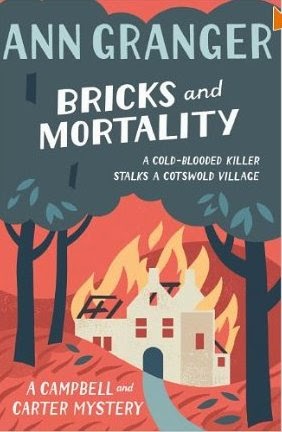 One winter's night, Key House, a beautiful 18th century house in the Cotswold village of Leyton St Ambrose, now empty and abandoned, sometimes squatted in, is set ablaze. The corpse of a young man is discovered amid the fire-blackened ruins. The fire, it is established, was started deliberately and the victim made unconscious, but not actually killed, by a blow to the head prior to the fire. The current owner, Gervase Crown, who inherited the house from his wealthy father Sebastian Crown, has never lived in the house but has made his home in Portugal. It falls to Detective Inspector Jess Campbell with her boss Ian Carter and the perenially complaining Sergeant Phil Morton to investigate the crime. First of all, whose is the body? A neighbour says that they may have seen Gervase in the neighbourhood a few days before the fire. But then a young man called Matthew Pietrangelo with a resemblance to Gervase who was looking for a property to renovate in the neighbourhood is reported missing and forensic analysis establishes that it is indeed Pietrangelo's body, but could he have been killed in mistake for Gervase? And what has happened to Pietrangelo's car? When Gervase does return it is clear that some people are less than pleased to see him, including Petra and Kit Stapleton. Gervase in his wild youth had severely injured Petra in a drink driving accident (for which he was sent to prison); Kit in particular cannot forgive him. And the owner of the house nearest to Key House, the elderly bad-tempered Muriel Pickering, has nothing good at all to say about him. Yet others excuse Gervase's youthful wildness, pointing to his upbringing with a cold and violent father and a mother who abandoned him.

As ever with this writer, reading Bricks and Mortality with the clever play on words of the title, is a highly pleasurable experience. It is the third in her Campbell and Carter series, the earlier ones being Mud, Muck and Dead Things and Rack, Ruin and Murder. Jess Campbell, with her independent yet cheerful outlook, is a welcome addition to the ranks of female sleuths while Ian Carter, although suitably morose in the vein of most fictional middle-aged male detectives, does have a reason in that his wife has just left him for someone else and it is clear that, although Carter may not 'get over' this, he is mature enough not to let it sour permanently his outlook on life. And his eleven-year-old daughter, the plain-speaking Millie, is delightful. Warmly recommended.

Ann Granger has written a number of crime novels: 15 in the Cotswolds-set Mitchell and Markby series, 7 in the Fran Varady series featuring the eponymous young would-be actor, and 4 in the Victorian period featuring Inspector Ben Ross.
------
Reviewer: Radmila May 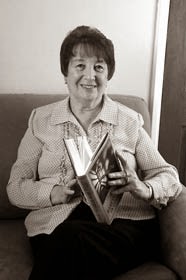 Ann Granger has worked in British embassies around the world. She met her husband, who was also working for the British Embassy, in Prague, and together they received postings to places as far apart as Munich and Lusaka. She is the author of the Mitchell and Markby Mysteries and the Lizzie Martin mystery series. She and her husband are now permanently based in Bicester, near Oxford.