‘The King’ by Steven James

Patrick Bowers, an FBI agent, is getting married and things in his life seem to be working out well.  However, a past adversary is just about to change that.  Patrick’s fiancé Lien-hua Jiang is abducted and the hunt is on.

Facing this threat and keeping his family safe would be bad enough, but Patrick is also drawn into another investigation, one involving a series of suicides, by the FBI Director herself.  Looking into these deaths, the FBI uncover a deeper plot, one involving international terrorism and the global pharmaceuticals trade.  A subtext of profit and revenge and the undercurrent of making things personal underlines the core subjects and Patrick is not above playing this game with his family at stake.

The balance between the two investigations is nicely woven in the narrative and the stories link with past books by Steven James, but without the reader needing to have read the previous Patrick Bowers outings.  The characters are quite well drawn and there are some light touches around family life and relationships which help to create more subtlety and dimensions than are normally found in a blockbuster thriller.  The pace is fast and the thrill of the chase addictive, creating an unputdownable story.  As one quote states on the front of my copy of the “The King”, I need to read more of Steven James!
------
Reviewer: Amanda Brown 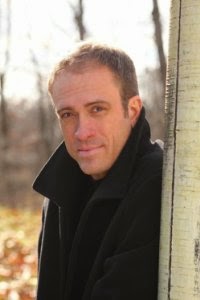 Steven James is the bestselling author of nine novels that have received wide critical acclaim from Publishers Weekly, New York Journal of Books, RT Book Reviews, Booklist, Library Journal and many others. He has won three Christy Awards for best suspense and was a finalist for an International Thriller Award for best original paperback. His psychological thriller The Bishop was named Suspense Magazine's book of the year. Steven is an active member of International Thriller Writers, the Authors Guild, Mystery Writers of America, and International Association of Crime Writers. He is also a contributing editor for Writer's Digest. He has a master's degree in storytelling and has taught writing and creative communication around the world. When he's not writing or speaking, you'll find him trail running, rock climbing, or drinking a dark roast coffee near his home in eastern Tennessee.