‘The Mystery of the Hawke Sapphires’ by J C Briggs

Published by Sapere,
26 January 2021.
ISBN: 978-1-80055169-5 (PB)Of course, Charles Dickens, one of Britain’s greatest novelists (if not the greatest), could be a detective. Why not? Wasn’t his character, Inspector Bucket (Bleak House), one of the first, if not the first, police detectives? And wasn’t another of his characters, Mr Nadgett (Martin Chuzzlewit), the first private investigator?

This is the seventh in this writer’s Charles Dickens Investigates series, a series which is new to me. It begins with first one, then another deathbed. The first, in Westmorland in 1817, is that of Sir Robert Trent; as he takes his last breaths, he is told that his wife has given birth to a much-desired baby boy; we know, however, that that is not true, the child is, or appears to be, of indeterminate sex. Sir Robert was a good, kind man but the second deathbed, which takes place in 1851, is that of a very different character – Sir Gerald Hawke, an evil, dissolute character without a single redeeming feature, now brought down, not before time, by some disgusting disease. His last moments are witnessed by the local vicar, Meredith Case, who is also a remote relation of Sir Gerald and, under his will, his heir. Sir Gerald with his dying breath orders Case to find Sapphire Hawke. A woman, one surmises, but who is she? And where is she now? And under the will there is one bequest, some sapphires, to the mysterious Sapphire Hawke. But Case wants as little to do with the late Sir Gerald, or anything to do with him, as possible. He refuses to search for Sapphire or to take the jewels for all their value which Hawke’s solicitor, Dalrymple, takes to his London office for safekeeping. And another vicar, Octavius Swann, tells Case that Sapphire Hawke was indeed a ward of Sir Gerald, but she has not been seen for many years; she is thought to be in a convent in Bruges but no-one is sure. Sir Gerald’s housekeeper Mrs Stoneridge is cold and unhelpful; however, her son, George, is very interested in Case and decides to keep an eye on Dalrymple in London.

Charles Dickens, when he sees Sir Gerald’s obituary, remembers meeting him and what an unpleasant character he was. But he is more interested in the death by stabbing of young Felix Gresham, his body found on the steps of a bookshop run by two women, Sarah Hamilton and Addy Finch. Although clearly neither woman knew about the death, Superintendent Samuel Jones, an old friend of Dickens, does feel that they were keeping something back; he has great respect for Dickens’s sleuthing abilities and is quite happy for the writer to find out what he can. This sets Dickens on a trail through the squalid alleys of Victorian London following an array of characters; there is Ned Temple, a tenant of Dalrymple, who very much wants to know where is Gresham’s mistress, the prostitute Ruby Kiss, and her new lover, a mysterious Captain, Dalrymple’s slimy clerk Joah Danks, Ebenezer Screech who keeps a junk shop and his spirited daughter Bella and her young son Johnny who likes nothing better than to assist Dickens in his sleuthing, Not only do all these characters provide Dickens with valuable clues as to the death of Felix Gresham and the other deaths which follow but they provide him with useful characters for his books. Readers who know Dickens’s writing will see that it in fact goes the other way – the characters are based on those in the books but in a most imaginative way. And in an amusing postscript the author tells us of the fun she had searching for the names of her characters which were both amusing and authentic. And eventually the trail leads to the burden that Sir Roger laid on Meredith Case and beyond that to the deathbed of Sir Robert Trent and the fate of the baby who might or not have been the longer-for boychild.

Throughout this story shines Dickens’s crusading zeal for social and legal reform and his horror at the conditions, powerfully depicted by this writer, in which so many people in the Victorian era had to live which fired all his writing. This is a clever and heartfelt story. Highly recommended.
------
Reviewer: Radmila May 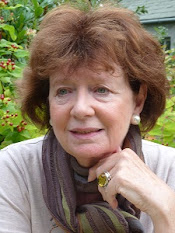 J. C. Briggs taught English for many years in schools in Cheshire, Hong Kong and Lancashire. She now lives in a cottage in Cumbria with her husband who is an artist.  The Murder of Patience Brooke, featuring Charles Dickens as a detective was the first in a series in which Dickens and Superintendent Jones of Bow Street investigate some dark deeds. The idea of Dickens as a detective came about when she read Dickens’s articles about the London police in his periodical Household Words. Dickens was fascinated by police investigation and by murder, in particular – there are plenty of murderers in his writing, and Dickens is credited with the creation of the first literary detective in Inspector Bucket who solves the murder of Mr Tulkinghorn in Bleak House. There are now seven books in the series.

Radmila May was born in the U.S. but has lived in the U.K. since she was seven apart from seven years in The Hague. She read law at university but did not go into practice. Instead she worked for many years for a firm of law publishers and still does occasional work for them including taking part in a substantial revision and updating of her late husband’s legal practitioners’ work on Criminal Evidence published late 2015. She has also contributed short stories with a distinctly criminal flavour to two of the Oxford Stories anthologies published by Oxpens Press – a third story is to be published shortly in another Oxford Stories anthology – and is now concentrating on her own writing.
Posted by Lizzie at 15:17