‘The Unmourned’ by Meg and Tom Keneally 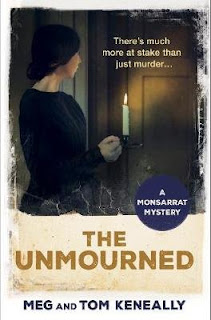 This is the second book by this father-and-daughter writing team in their Australian-set Monsarrat series. It is 1825 and the transported convict, Hugh Monsarrat, having solved the murder in The Soldier’s Curse (also reviewed in Mystery People), has now been granted his ticket-of-leave, i.e. partial freedom on strict terms and has been sent to as clerk to the governor of the colony. Except that one governor has just retired and is returning to Britain and the new governor is still in Van Dieman’s Land (Tasmania).

Meanwhile the colony’s administration is in the hands of Ralph Eveleigh, the governor’s private secretary, who, aware of Monsarrat’s education and intelligence, is anxious to make full use of him. And a recent serious event certainly requires not only intelligence but discretion, and that is the murder of Robert Church, superintendent of the women’s prison, the Parramatta Female Factory. The Factory serves a multiplicity of purposes: it was a prison but without even enough beds for the inmates; a place where an inmate could be taken on to work or even to marry a settler; a place where the rations allocated to inmates were skimmed for profit; a place where the inmates could be set to work to produce goods which could be sold, not for the benefit of those who made them but to contribute to the cost of running the Factory. And in this story a place where the superintendent could sexually abuse any woman he chose. Monsarrat is accompanied by his cook/housekeeper Hannah Mulrooney who also has a ticket-of-leave. The relationship between Monsarrat and Hannah is much like that of mother-and-son; she is older than him and sees him almost as a substitute for her son, while he respects her both for her good nature (albeit accompanied by a sharp tongue) and her shrewdness.

Now the corrupt and abusive Robert Church has been murdered and Monsarrat is tasked with finding the murderer. He has to tread very carefully; one false step and he could lose his ticket-of-leave and find himself breaking stones for road-building. Eveleigh is comparatively tolerant of convicts, so long as they do what they are told, but others, such as Daly, Robert Church’s replacement as factory superintendent, the magistrate Socrates McAllister and the reverend Horace Bulmer, are not and they are among others who believe that the murderer must be the Irish convict Grace O’Leary, a forceful and intelligent woman who has led protests about the conditions in which the female convicts are held. They would be happy for such a known trouble-maker as Grace, whether or not guilty, to be hanged. But Monsarrat is not fully convinced of Grace’s guilt. Meanwhile Hannah has been recruited by Rebecca Nelson, the wife of a rich Quaker merchant, to assist in her charitable work with the female convicts within the Factory. And this is an admirable situation in which to gather further information about not just Grace but the other women as well. But Hannah’s inquiries lead her into great danger from someone who has an enormous amount to lose and does not care who may suffer instead.

This is a compelling and authoritative depiction of the earliest stages in the history of a nation built on the foundations of the unjust system of transportation and a punitive attitude towards offenders. Highly recommended.
------
Reviewer: Radmila May

Thomas Keneally began his writing career in 1964 and has published thirty novels since. They include Schindler's Ark, which won the Booker Prize in 1982 and was subsequently made into the film Schindler's List, and The Chant of Jimmie Blacksmith, Confederates and Gossip From The Forest, each of which was shortlisted for the Booker Prize. His most recent novels are The Daughters of Mars, which was shortlisted for the Walter Scott Prize in 2013, Shame and The Captives and Napoleon's Last Island. He has also written several works of non-fiction, including his memoir Homebush Boy, Searching for Schindler and Australians. He is married with two daughters and lives in Sydney. 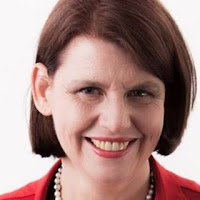