‘Fade to Grey’ by John Lincoln 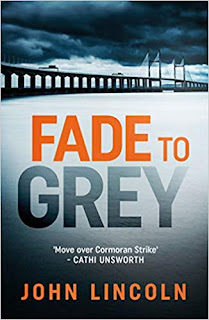 The Cardiff-based firm Last Resort Legals is the brainchild of Gethin Grey. Its aim is to assist people convicted and imprisoned for criminal offences who believe they have been victims of miscarriages of justice. It had not been Gethin’s original career aim; as the son of a judge he had intended to go into practice as a lawyer. But an unfortunate brush with the law when young resulting in a short spell in prison has made that impossible. Hence Last Resort Legals. And in the five years that it has been going there have been some successes. Nonetheless the firm is very much run on a shoestring with only Gethin himself, an office manager Bex, and Lee, his right-hand manager and chief investigator, as well as the freelancer Deano who will occasionally fix up deals that are, frankly, somewhat iffy but still within the law – just. There is no shortage of appeals for help from persons seeking justice, but Last Resort can only help those who would seem to have a good case and (equally important if not more so) sufficient funding. After all, however worthy a request for help may seem to be, Last Resort is a precarious operation and bills have to be paid.

Then Last Resort gets an email from a formerly famous film-star, Amelia Laverne, regarding the case of a young black man, a gang member, whose birth name had been Tyrell Hanson but who now calls himself Ismail Mohammed (Isma M) who is in prison serving life for the murder in Bristol of the young student Hannah Gold. While in prison he has written a book describing how he had converted to Sufi Islam and how that peace-loving version of the Muslim faith had turned his life around. The book became an immediate best-seller and his cause has been taken up by the liberal media and its supporters who point to the thinness of the evidence against him and assert that his conviction owes more to prejudice against his colour than any real proof. And Amelia is offering to fund Last Resort’s investigation into the circumstances of Hannah Gold’s death. This could be, for Last Resort’s finances, the pot of gold at the end of the rainbow. Moreover, the relief from financial uncertainty is good for Gethin on a personal level: there are problems in his relationship with his wife Catriona due to his constant battle against his long-term gambling addiction. However, the search for evidence that could found a successful appeal for Isma will be difficult enough without the added complication of Amelia insisting on accompanying Gethin.

Gethin and Lee’s lengthy and painstaking investigation leads them not only into Isma’s past and his previous relationships but also to Hannah and her former boyfriend Danny Bliss. He, it transpires, had been the son of a leading criminal involved in bank-rolling various bank robberies. But he, and Danny and Danny’s mother, were blown up on their boat in Cyprus. Could there be a connection to Hannah’s death? And what about Mal Haynes, ex-copper, now with his own security firm, who had supplied Isma with the gun found on him after Hannah’s death? In a gripping climax not only do Gethin, Amelia and Lee find themselves in real danger but so does Gethin’s father.
So far as I know, this is the first crime story to feature an organisation like Last Resort Legals and a protagonist like Gethin Grey.. It will be interesting to see how Last Resort Legals develops in future stories. Recommended.
------
Reviewer: Radmila May 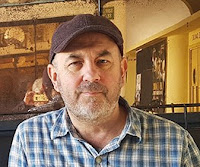 John Lincoln is the transparent pseudonym of John Williams, the novelist, biographer and crime fiction reviewer for the Mail on Sunday. His first book Into The Badlands explores 'a vital mix of literary criticism, personality profile, and imaginary geography' (New Statesman and Society) and has become a crime fiction classic. His true crime account of a notorious miscarriage of justice, Bloody Valentine, is a cult classic, described by Benjamin Zephaniah as his favourite book. Since then he’s written eight more books including the Cardiff Trilogy of novels and biographies of Michael X, Shirely Bassey and Eartha Kitt. 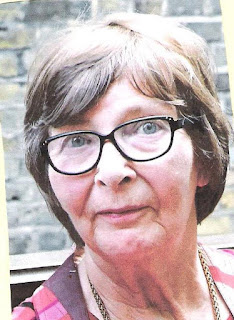 Radmila May was born in the U.S. but has lived in the U.K. since she was seven apart from seven years in The Hague. She read law at university but did not go into practice. Instead she worked for many years for a firm of law publishers and still does occasional work for them including taking part in a substantial revision and updating of her late husband’s legal practitioners’ work on Criminal Evidence published late 2015. She has also contributed short stories with a distinctly criminal flavour to two of the Oxford Stories anthologies published by Oxpens Press – a third story is to be published shortly in another Oxford Stories anthology – and is now concentrating on her own writing.
Posted by Lizzie at 16:07