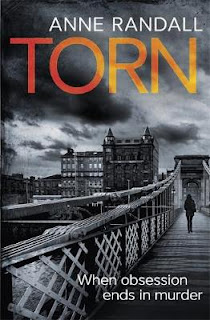 Just when you thought the mean streets of Anne Randall's Glasgow couldn't get any meaner, this rising star of 'tartan noir' finds some whole new depths to plumb.

Once again I was moved to wonder whether the author had a personal acquaintance with the world she describes, or if a dark and fertile imagination is at work; either way it's all too horribly convincing. The gloom is leavened by a couple of very human protagonists with plenty of baggage, and an unexpected humorous take on the main theme when hobnail-booted regular DC Boyd reveals a little too much about his own private life to the rest of the team.

Multiple viewpoints are something of a trademark with Randall, and she focuses on victims as well as cops and bad guys, with a knack for making them sympathetic even when their lifestyle choices aren't exactly admirable. Suspects from the less salubrious side of Glasgow life come to life too; and both Glasgow and a couple of less defiantly urban locations are very much a feature.

The world of ‘tartan noir’ is a natural home for Anne Randall's gritty themes; her robust style is laced with colourful language, and her characters pull no punches. Torn is not for the faint-hearted, but if the darker side of crime fiction is your bag, look no further; this one's well worth some attention.
------
Reviewer: Lynne Patrick

Anne Randall was born in Glasgow, and after university taught English in various secondary schools in inner Glasgow. In 2011 she won first prize for crime fiction writing at the Wells Literature Festival. Anne’s first book in the Wheeler and Ross series Riven was written under the name A J McCreanor. Anne now lives in Glastonbury with her husband, two cats and one dog. 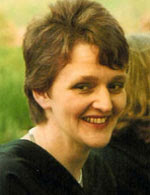