The April 2017 First Monday was a very special occasion: the first anniversary of this highly successful monthly event, originally taking place at the City University, Islington, later at the Library Club, St Martin’s Lane, and now well-established in the Judges’ Room of Brown’s Hotel, a venue prestigious yet far from intimidating. This month’s line-up included four well-known speakers and was, as ever, expertly compered by the leading crime fiction expert Barry Forshaw. 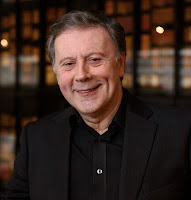 Denise Mina is the author of the much acclaimed Glasgow-set police procedurals featuring Detective Inspector Alex Morrow, another series with journalist Paddy Meehan, and the Garnethill novels. For her latest, however, The Long Drop, she has based her novel on the true-life crimes of Peter Manuel who was convicted of eight murders in the 1950s. The story is told from the point of view, not of the investigating office as in the recent TV drama series, but from that of William Watt who had earlier been convicted of three murders actually committed by Manuel. And Denise has also included information given to her by members of the public who remembered the Manuel case and accosted her in the street with their stories which no-one until then had been aware of.

Oxford resident Mick Herron writes spy stories with a humour that is sardonic yet appealing. Spook Street is the fourth in his Slough House series, Slough House where spooks (ie. spies) are despatched when they are no longer welcome in the ranks of the security services. The first in the series, Slow Horses, was shortlisted for the Crime Writers Association Steel Dagger, while the second, Dead Lions, was awarded the CWA Gold Dagger. The third in the series is Real Tigers. Spook Street, like the earlier ones, features Jackson Lamb, head of the team of pen-pushing no-hopers at Slough House: this time Lamb has to protect an elderly, mentally frail former spook who, although retired, is nonetheless vulnerable. 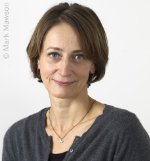 Sabine Durrant, who had previously written for adults and teenage girls, began to write psychological suspense novels when her first, Under Her Skin, was published in 2014, and followed that with Remember Me This Way. Her third novel is Lie With Me which, unusually for a genre which usually features female protagonists, is narrated from a male point of view. It is that of Paul Morris who had written years ago one acclaimed novel and since then has been drifting steadily downhill, accepts an invitation to spend the summer which turns out to be very far from the anticipated idyll. 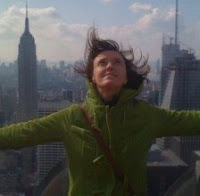 Liz Nugent has worked in Irish film, theatre and television with awards for her radio and television dramas, and has written short stories for adults and children. Her earlier psychological suspense novel, Unmasking Oliver, won the 2014 Irish Book Association Crime Fiction Award. In this story, Lying in Wait, a narrative told from several points of view, a bitter, twisted mother will stop at nothing to achieve what she wants. The author has been hailed Ireland’s answer to Gillian Flynn (Gone Girl).

There was time for a few questions and a discussion which centred on the psychological suspense genre and whether its practitioners and readership were entirely female or whether men read novels in the genre.
------
Radmila May

For details of the May event visit
http://www.mysterypeople.co.uk/what'son.html