‘Face of the Devil’ by N J Cooper 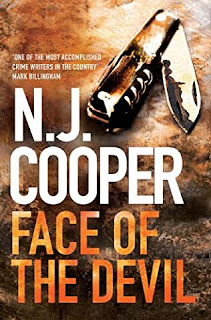 Published by Simon & Schuster,
7 July 2011.
ISBN: 978-1-84983-286-1 (PB)
Face of the Devil covers ten days.  Set mainly on the where Suzie Gray is killed – just fifteen years old, and stabbed to death within a short distance of her uncle’s yacht.
With a young man with known psychological problems found at the scene of the crime DCI Trench calls on forensic psychologist Karen Taylor to talk to Olly. But all Olly will say is ‘I was keeping her from the devil’.  But if Olly did stab Suzie, where is the murder weapon? Karen is also disturbed by the attitude of Olly’s father who seems to just want his son locked up.
Karen has her own problems, in a relationship with Will, a brain surgeon she is still attracted to the moody DCI Charlie Trench.  On the face of it Will is the better bet and everything he does, says he is the right man – so why don’t I like him, why I am looking for him to make a mistake so I can say – ha! Yes, I knew it.  Maybe it’s just me because on the face of it Will is an all round good guy.
As Christmas approaches Karen’s life is complicated by calls from her mother asking when her brother Aiden is arriving from the .  Aiden has agreed to go halves with Karen on the development of her old family holiday home.  As Karen seeks to find a way to reach Olly and find out who did kill Suzie she makes a break through within her own life which points her in the right direction.
This is a probing psychological book that reaches out to the reader on two levels, that of an interesting mystery and a deeply fascinating psychological insight into family relationships. Highly recommended.
-----
Reviewer: Lizzie Hayes 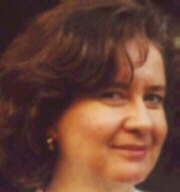 Natasha Cooper, (N J Cooper) has written three series. Her first series featured Willow King, a Civil Servant in London. There are seven books in the series. The titles in her second series featuring Barrister Trish McQuire are  Creeping Ivy, Fault Lines, Prey to All, Out of the Dark, Keep Me Alive, Gagged And Bound, Evil is Done, A Greater Evil, and A Poisoned Mind. Her most recent series features forensic psychologist Karen Taylor, the two earlier books in this series are No Escape and Life Blood. N J  Cooper also writes psychological thrillers under the name of Clare Leyton.
Posted by Lizzie at 10:05