‘What Lies Beneath’ by Sarah Rayne. 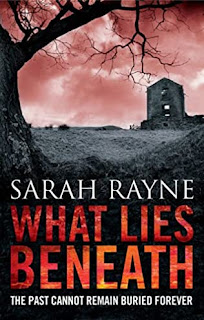 Published by Simon & Schuster,
4 August 2011.
ISBN: 978-1-84737-335-9 (PB)
Although the book starts in the present day when Ella Haywood hears alarming news whilst queuing at the supermarket, the story switches back to 1912 where we meet the Cadence family of Cadence Manor in the , narrated by Crispian Cadence the eldest son, and a series of journals – author initially unknown.
The news that so disturbed Ella Haywood relates back to 1960 when the local council moved the residents from the village of Priors Bramley, re-housing them in the nearby village of Upper Bramley to make way for a road. Then decided to use the village for a chemical weapons experiment. On the morning that the village is to be sprayed with chemicals from the air, three children, Ella Heywood, Veronica and Clem, nine years old walk through the village for the last time, with disastrous results.  They all swear never to tell what happened that morning in Priors Bramley, confident that with the village sealed because of contamination their secret will remain a secret.
Although the seeds for the catastrophe of 1960 were sown in the early 1900’s the full horror does not actually come to light until the present day. This is a gruesome yet utterly absorbing tale, where the sins of the fathers are certainly visited on their children.  For Ella Hayward the past must stay buried, but secrets have a habit of finding their way to the surface.
The descriptive powers of the author are awesome, and the tension rises to a menacing level. Whilst there are some horrific scenes, it is a terribly sad tale.
Brilliantly crafted, Sarah Rayne is a gifted writer. Highly recommended.
-----
Reviewer: Lizzie Hayes 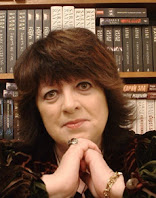 Sarah Rayne's first novel was published in 1982, since then she has published twenty books. Her psychological thrillers are
A Dark Dividing, Tower of Silence, Roots of Evil, Spider Light, The Death Chamber, Ghost Song, House of the Lost and What Lies Beneath.
More recently she has embarked on a series of books with a ghost-theme, featuring the antique dealer, Nell West, and  don, Michael Flint, who first make their appearance in Property of a Lady, which is published this year.
Posted by Lizzie at 07:42