Crime in the Court 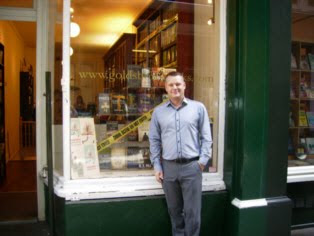 Celebrating Independent booksellers week, David Headley of Goldsboro Books  at 23-25 Cecil Court in the heart of book land London, hosted the book lovers dream - 40 authors gathered to chat with their readers, sign their books and partake of a glass or two of wine on a beautiful evening on the longest day of the year. 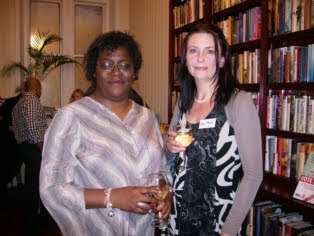 Seen on the left in the shop just before the rush arrived, Ayo Onatade, reviewer and CWA Judge of the annual Short Story competition, chatting with Sam Hayes, author of Someone Else’s Son, which has received rave reviews. 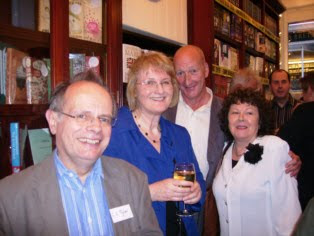 I caught up here with Len Tyler, far left in this photograph. Len’s new book Herring on the Nile will be launched her at books on 5th July. Next to Len is Gaynor Coules, who is the Senior Author Research Co-ordinator at Authors Licensing & Collecting Society Ltd (ALCS). Next to Gaynor Peter Gutteridge. How I got in the picture who knows. 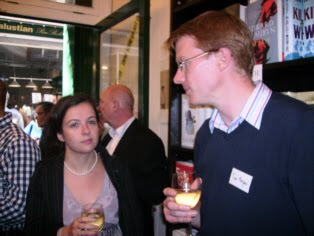 In the shop doorway is Claire McGowan who is the new Director of the CWA. Claire will be publishing her first crime novel with Headline next year. With her is Tom Harper, last year’s CWA chairman. Tom’s latest book is The Lazarus Vault. If it’s as good as The Book of Secrets, you are all in for a treat. 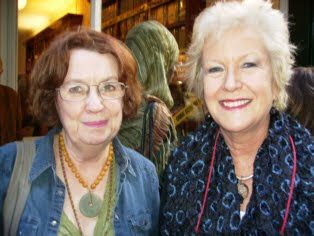 With more and more people pilling into the shop we soon spilled out into Cecil Court. On the left is Ruth Dudley Edwards famous for her marvelous Baroness Ida (Jack) Troutbeck series. Ruth’s latest book is Aftermath, is the story of the Omagh Bombing and the families fight for justice. With Ruth is agent Jane Conway-Gordon. 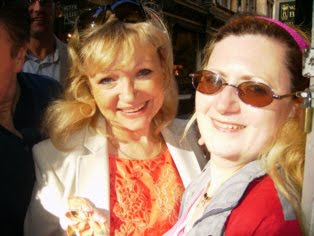 Far left Linda Regan actor and writer. Linda’s latest book Brotherhood of Blades published by Severn House is due out next month.  Mystery Women will be organizing an event to publicise Linda’s book. With Linda is Mary Clarke, whose series featuring Georgina Gray, highway woman, has a strong fan base. 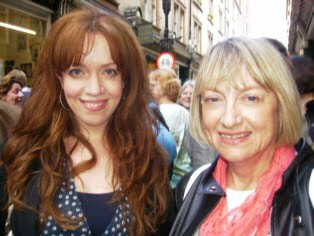 Erin Kelly, seen far left is the author of The Poison Tree which is her first novel. I understand that ’s second book The Sick Rose is published this month. With is Yvonne Wareham, who tells me that her first romantic thriller will be published next March. 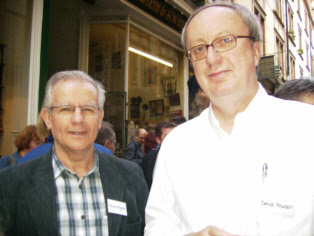 Adrian Magson has two series, last year I attended the launch on 9 Sept of Red Station featuring MI5 agent Harry Tate, and on 30th Sept Death on the Maris featuring Inspector Lucas Rocco. How’s that for prolific output. But there’s more Tracers was published in February and Deceivers will be published later this year. But yet more Death on the Rive Nord comes out in August. With is David Hewson whose latest book is The Fallen Angel his ninth featuring Nic Costa. 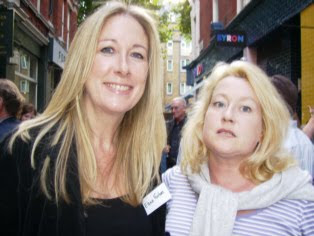 Elena Forbes far left is the author of Die With me and Our Lady of Pain. Her latest book is Evil in Return, just recently published.  With Elena is Laura Wilson, who has written nine books. Her latest series was set during World War 2 featuring Inspector Stratton. The third book in the trilogy A Capital Crime won the CWA Ellis Peters Award. 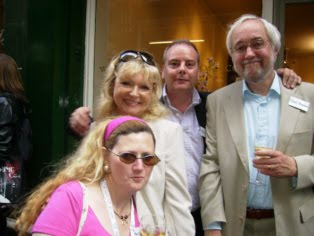 As you can see the party is now in full swing. Here are left to right Mary Clarke, Linda Regan, Mike Stotter who runs the Shots Crime and Thriller E-zine. And on the far right Robert Goddard, who has written so many marvelous books – where do I start. His latest is Blood Count and I am looking forward to reading it. 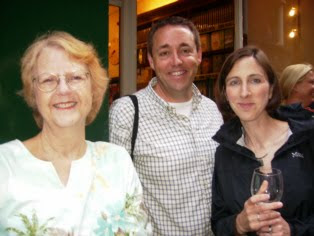 Kathy Ackley seen far left has for countless years run crime fiction tours from the to the . Many times including a stay at the St Hilda’s Crime and Mystery weekend in , but this year the trip included the now famous CrimeFest Conference in in May. With Kathy are her stepdaughter Robin and Robin’s husband Terry enjoying a holiday in the . 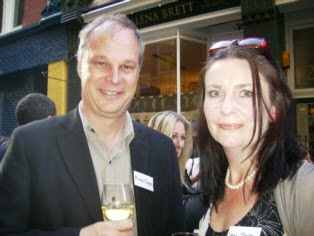 Michael Ridpath is known for his financial thrillers and Alex Caulder series, but is now writing a new series set in . The latest is 66° North, a review of which is on this blogsite. With Michael is Sam Hayes. 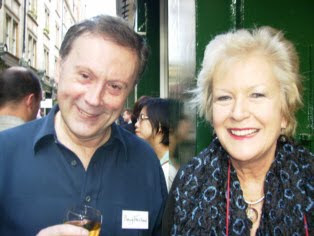 Barry Forshaw is a writer and journalist whose books include British Crime Writing: An Encyclopedia and The Rough Guide to Crime Fiction, along with first UK biography of Stieg Larsson, The Man Who Left Too Soon. He has written on books and films for many newspapers and magazines; he also edits Crime Time. With Barry is Literary Agent Jane Conway-Gordon. 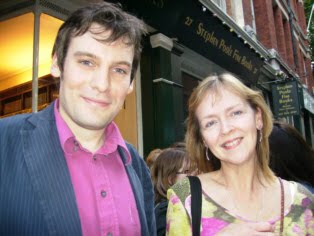 Jake Kerridge, is a journalist and arts critic for the Telegraph. Also reviewer of crime fiction.  With Jake is Ann Magson who was featured two years running in the mystery Women magazine for her marvellous efforts on behalf of breast cancer. 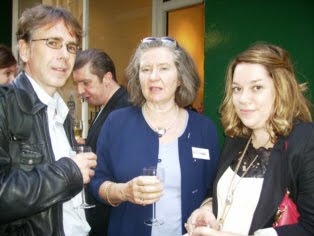 With Natasha (Centre) are Martin Fletcher and Vicki Mellor of Headline
N J Cooper, writer of the Trish Mcquire series, but more recently her series featuring Karen Taylor and DCI Charlie Trench. The latest is Face of the Devil, a review of which can be found on this site.
All books by these and many other authors are available SIGNED from Goldsboro Books
.
Tel:+44 (0) 207 497 9230  Fax: +44 (0) 207 497 9230|
enquiries@goldsborobooks.com