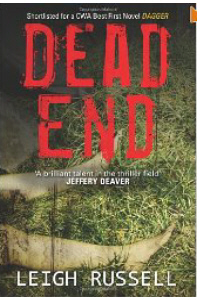 Published by No Exit Press,
5 May 2011.
ISBN: 978-1-84243-356-0 (PB)
When Headmistress Abigail Kirby is murdered, the initial enquiry centres on the immediate family. Although husband Matthew is still living at home he is only there physically.  This has clearly had an effect on the two children Ben and Lucy – particularly Lucy, who has taken against her father having become aware of his extra marital activities.
Assigned to the case is DI Geraldine Steel who is still struggling with the knowledge she has just recently discovered - that she was adopted at birth.  Geraldine is a good detective dedicated to her job often to the annoyance of her sister Ceila, with whom she is forever cancelling arrangements owing to her job.
The discovery of a second body has Geraldine wondering if she could have prevented it if she has not been distracted by personal concerns.  And Matthew Kirby caught up with his own problems is unaware that his daughter Lucy has made an online friend with whom she plans to meet up!
Whilst this is an absorbing mystery, the strength of the book lies in the well-fleshed out characters, and the development of the ones we have met in the two previous books, Cut Short and Road Closed.  I did identify the killer but this is no way slowed the pace of the book, rather the opposite, as Detective Sergeant Ian Peterson pursues his own line of enquiry coming to a shocking discovery. Well plotted, and brilliantly executed, with a nail-biting ending.
-----
Reviewer: Lizzie Hayes 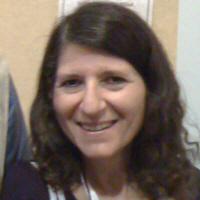 Leigh Russell is the author of three books Cut Short, Road Closed and Dead End, published May 2011. Cut Short (2009) was shortlisted for the CWA New Blood Dagger Award for Best First Novel.
Leigh Russell studied at the gaining a Masters degree in English and American literature. A secondary school teacher, specialising in supporting pupils with Specific Learning Difficulties as well as teaching English, Leigh Russell is married with two daughters and lives in Middlesex.
https://leighrussell.co.uk