Secrets to the Grave by Tami Hoag 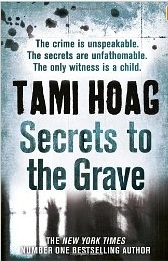 Published by Orion,
13th January 2011.
ISBN: 978-0-7528-9895-7
When reclusive artist Marissa Fordham is found brutally murdered, the only witness Haley her four-year-old daughter, the police call in Anne Leone, a child advocate to protect her, for Haley hasn’t spoken since she was found kneeling by her mother’s bloody body.
Anne is currently about to become the star witness in the trial of the man in the See-No-Evil murders. Anne is also the much loved wife of Vince Leone, a forty-nine-year-old, former Special Agent with the FBI’s, Chicago homicide detective.
The police are keen to interview Haley, she is their only lead, but Anne staunchly protects the fragile child, which provokes a custody situation with other interested parties. Whilst trying to gain access to Haley, investigation into the life of Marissa Fordham hits a blank wall. Just who was Marissa Fordham?  Another death kills a promising lead, but points to someone who needs to keep Marissa past life a secret.
Full of twists, Secrets to the Grave is a real page turner.
------ 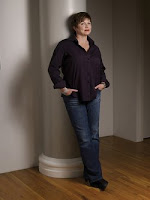 Tami Hoag's novels have appeared on international bestseller lists regularly since the publication of her first book in 1988. Her work has been translated into more than thirty languages worldwide and over twenty-million copies of her books are in print. Tami is a dedicated equestrian in the discipline of dressage and shares her home with two English cocker spaniels. She lives in Palm Beach County, Florida.
Posted by Lizzie at 16:44